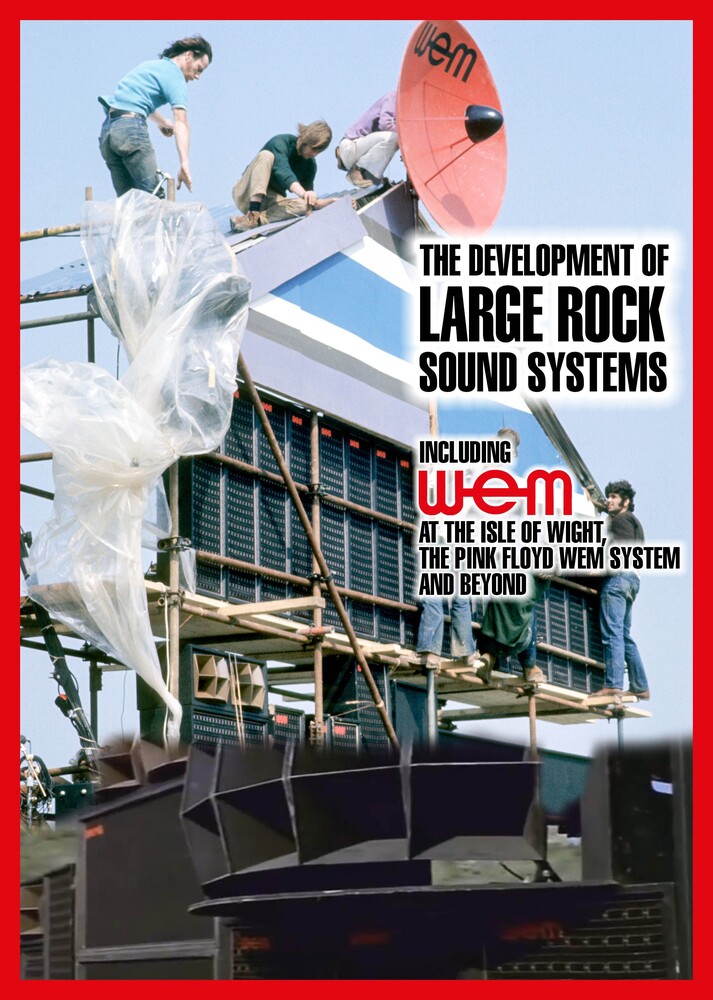 The Development Of Large Rock Sound Systems (Wem At The Isle Of Wight,Pink Floyd And Wem At Pompeii)
Format: Book
New: Not in stock
Wish

In the mid to late 60s as Bands changed from Pop Groups to Rock Groups and Festivals started to happen one company seemed to be providing the sound at almost every indoor concert or outdoor festival. WEM PA systems the brainchild of Charlie Watkins of Watkins Electric Music, were used by Led Zeppelin, The Who, The Rolling Stones, Jimi Hendrix and of course Pink Floyd. Without Charlie Watkins and WEM there probably would have been no Martin Audio, no Turbosound, no Funktion One -as he shared his ideas with people like Tony Andrews and Dave Martin. David Gilmour's WEM Starfinder cabinets have been seen on stage with him from the late 60s through to the present. The Isle of Wight Festivals with Dylan in 1969 and Hendrix and The Doors in 1970 could not have happened without the WEM PA system for the festival. Pink Floyd at Pompeii was a glorious feast of WEM equipment. Here we look at the development of the festival and touring PAs from the 60s into the 70s with The Who, Led Zeppelin, Pink Floyd etc and how that period triggered a whole industry - the written history plus around 200 rare photos. Large limited paperback book - 148 pages.