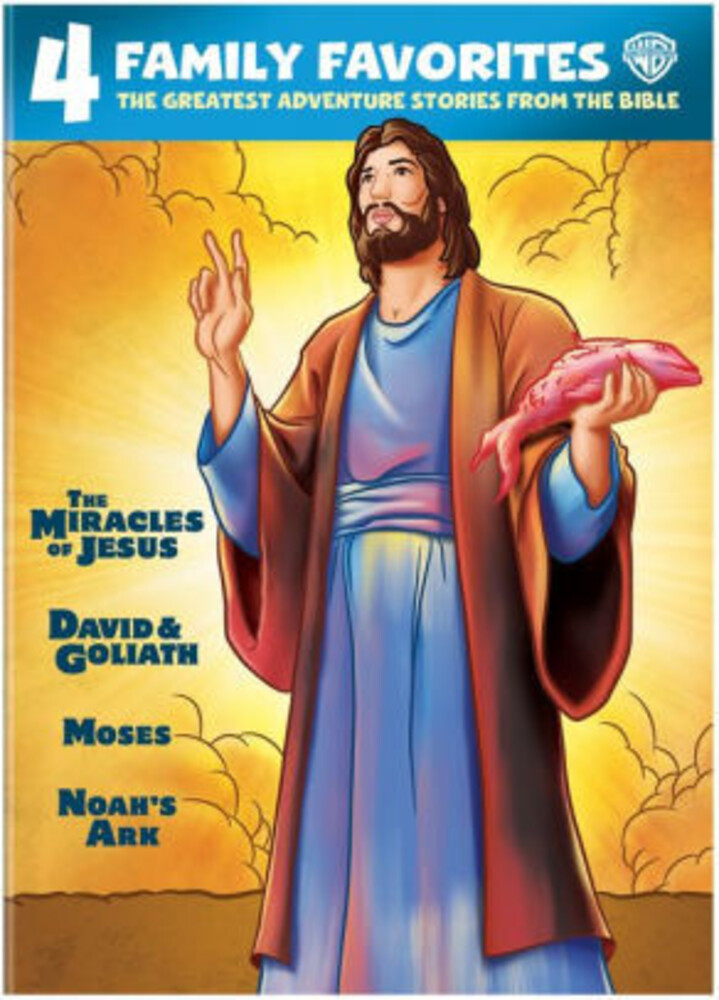 The Miracles of Jesus Journey back to the Holy Land in the days of the New Testament and witness the wonder of a people blessed by miracles in their midst. Join Benjamin, the widow's son brought back to life by Jesus, as he walks the roads Christ Himself walked and recalls wondrous works. The wedding at Cana where water became wine; the healing of the centurion's servant; stilling the tempest; feeding the masses; walking upon the water: All unfold gloriously in a reverent, inspirational animated version to enthrall the entire family. David and Goliath The kingdom of Israel faces a fearsome threat when the Philistine army marches across it's borders. At the forefront of the invaders is the giant warrior Goliath. This tall behemoth issues a challenge: he will take on an Israelite champion in single combat and the tribe of the loser will be enslaved. For 40 days Goliath repeats the challenge and there are no comers. Finally one boy does step forth: David, a shepherd boy who armed with nothing more than his sling and a faith in God as towering as his mighty foe. Moses Enslaved by Pharaoh, monarch of ancient Egypt, the Hebrews have little cause for hope until a leader emerges from among them unafraid to confront Pharaoh. He is Moses, a man of enormous faith who, despite Pharoah's scorn, knows he bears the power of a greater kingdom: God's. Thus begins a titanic struggle between two determined men, with Moses calling down increasingly destructive plagues upon the Egyptians. The story's thrilling climax finds Moses and his people facing an angry army and a deep sea. Noah's Ark Violence and corruption fill the earth. To punish this wickedness, God vows to send a cleansing flood. Only one man Noah and his family will be spared because they alone honor God's law. God commands him to build an ark and fill it with two of every animal. Once building is under way, Noah and his sons face scorn and sabotage from their sinful neighbors - but they persevere. Noah's faith is vindicated when the heavens erupt with a rainy torrent for 40 days. But God's test of Noah's courage and commitment is just beginning.