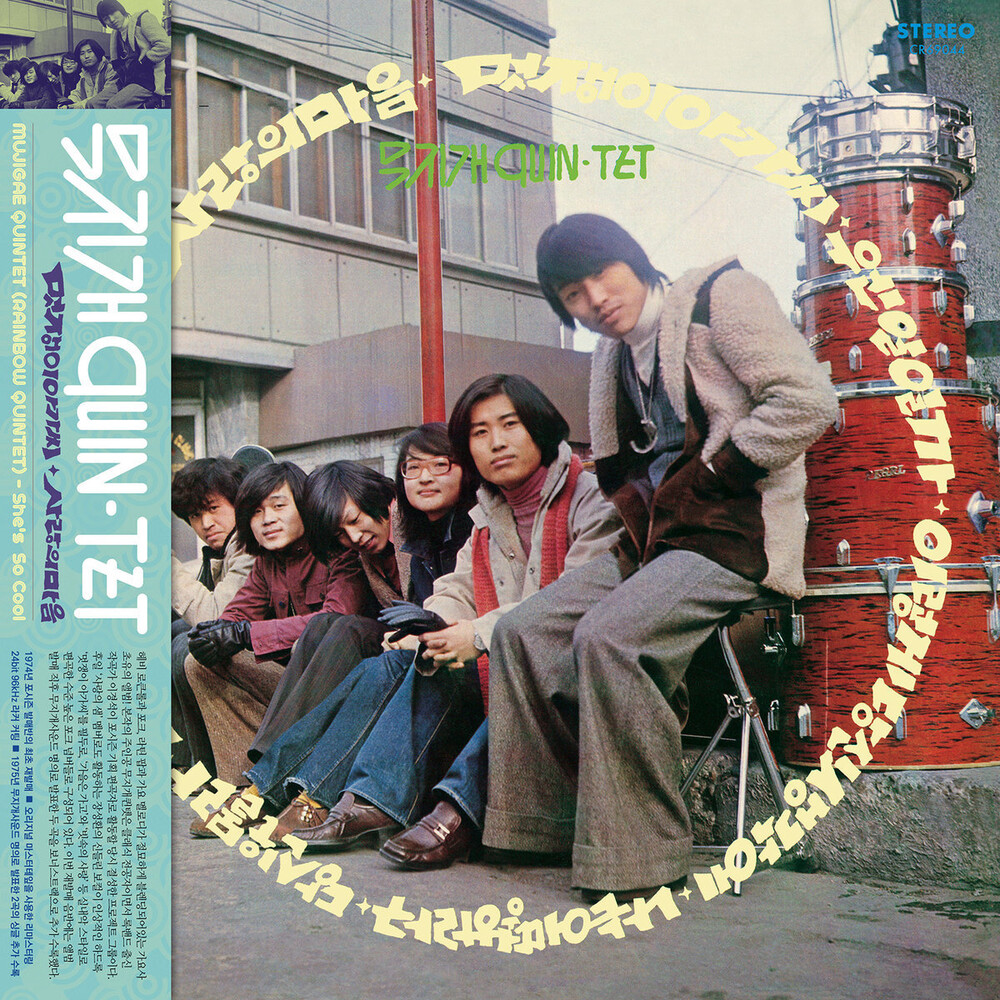 Mujigae Quintet (Rainbow Quintet)' was a project band formed by composer Lee Kyung-seok while he worked as an arranger at Four Seasons Production (not to confuse with Frankie Valli's). The album starts off with the funky hard-rock number 'She's So Cool', featuring the soulful vocals of Jang Sung-hwan, who would later become a member of 'Sarang-eu-Saem (Wellspring of Love)'. It is packed with other well-crafted tunes in the folk rock style, like 'As Autumn Ends' and 'Love in the Rain'. Lee Kyung-seok who was both a classically-trained musician and member of a rock band, was encouraged by the producer at his production company, Eom Jin (who also produced Lee Pan Geun & Korea Jazz Quintet '78), to begin work on a record by drawing on his musical ideas and network of musicians. The result was a debut album that was unheard of - in that it featured a project group - in gayo history, which deftly brought together heavy rock n' roll, folk, Latin pop, and gayo melodies. At the same time, Mujigae Quintet were given the opportunity to participate in the recordings of other Four Seasons Production artists, such as singer Yoon Hang-gi and folk singer Han Dae-soo. However, when the title track 'She's So Cool' was banned shortly after the album's release, the band was unable to continue it's activities. The project group, Mujigae Quintet, transformed into the vocal group, Mujigae Sound, after undergoing some member changes. This reissue LP also includes two singles that were released under the latter moniker immediately following this album. After the group disbanded, Lee Kyung-seok continued a prolific career in music for ads (Lotte Confectionery) and also as a gayo arranger (working with Bae In-sook, Kim Soo-hee, and Lee Hwa).