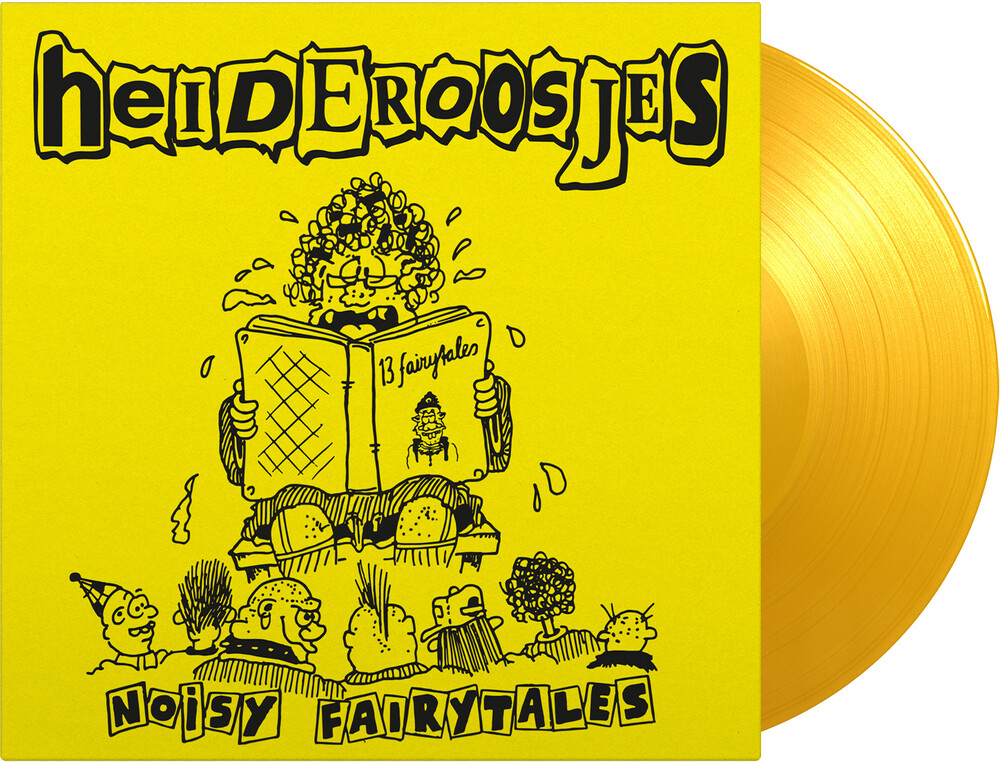 "Energetic debut album by the then 18-year-old Heideroosjes. Youthful punk fury captured by an analog eight-track recorder. With up-tempo punk anthems such as 'I'm not deaf (I'm just ignoring you)' and 'United Scum', but also the cult hit 'Ze Smelten de Paashaas', which originated as an improvisational joke in the studio and was added as a bonus track. At that time it seemed like a fairytale that these four angry young men played every major festival and received a Dutch Grammy Award (Edison).