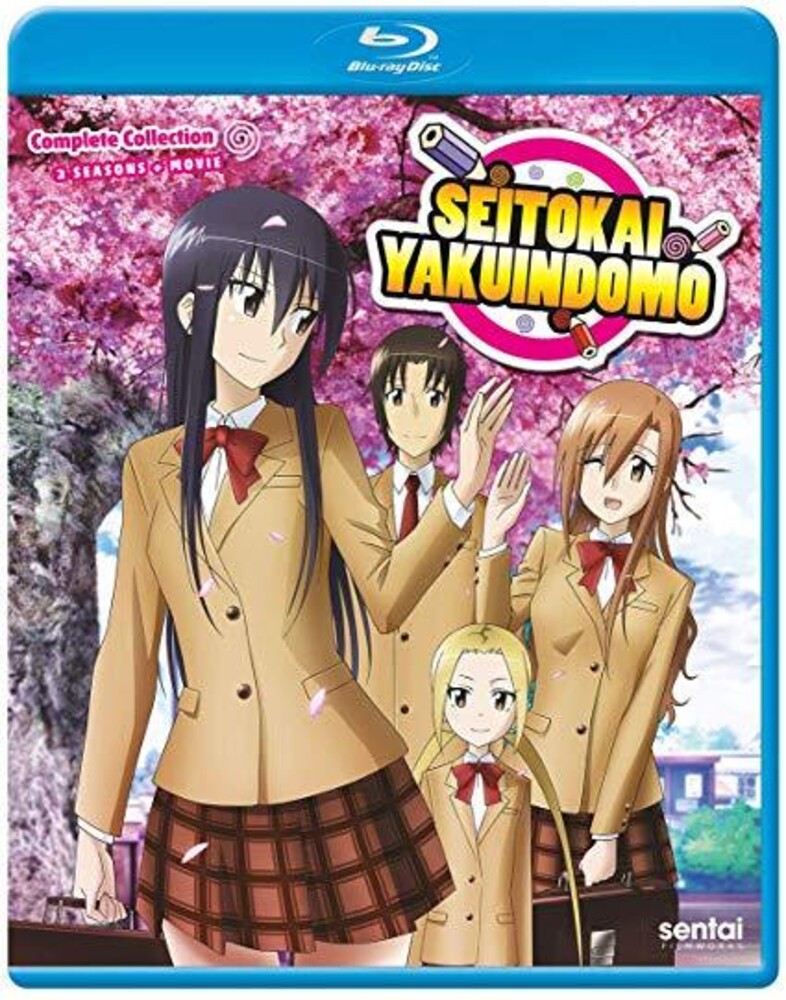 Seitokai Yakuindomo contains anime episodes 1-13 of Season 1, episodes 1-13 of Season 2, and the Movie directed by Hiromitsu Kanazawa. When the all-girl Ousai Private Academy goes co-ed, freshman Takatoshi Tsuda finds himself in a situation that most guys can only dream of - one of only 28 boys in a school of over 500 girls! Unfortunately, that fantasy slams into a hard wall of reality when he runs into Student Council President Shino Amakusa and she drafts him onto the council! That might not be so bad... except for the fact that Shino, council secretary Aria and even faculty advisor Ms. Yokoshima are all seriously sex-obsessed, while tiny treasurer Suzu has rage control issues, and the head of the school newspaper spends her time peddling candid pictures of the council members! Will this lead to Takatoshi becoming a Big Man on Campus? Or will he end up as the council's whipping boy? Special Features: Japanese Promos, Clean Opening Animation, Clean Closing Animation.