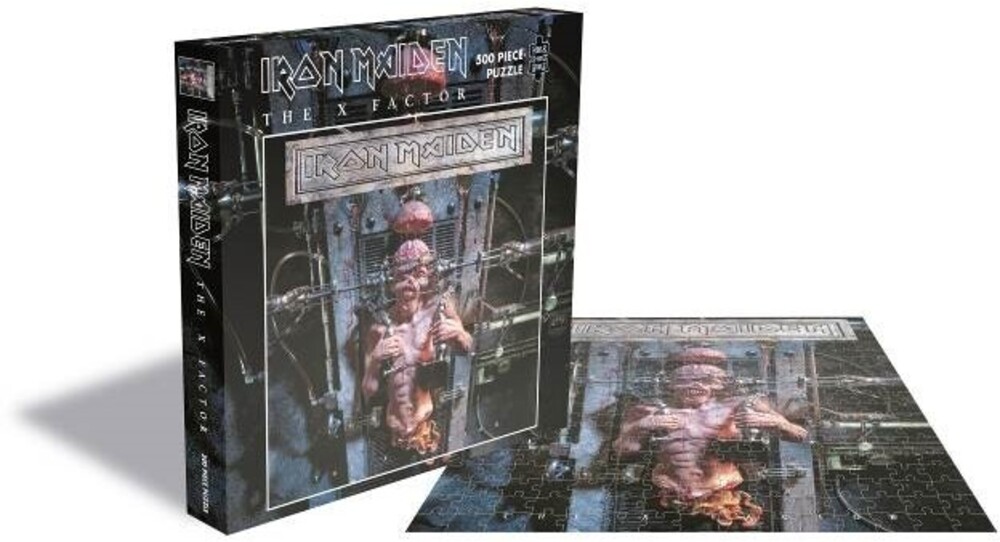 Released on 2nd October 1995, "The X Factor" is the tenth studio album by English heavy metal band Iron Maiden. It is the first of two albums by the band to include Blaze Bayley, formerly of Wolfsbane, as vocalist, replacing Bruce Dickinson who left the band following their previous tour to pursue a solo career. The album takes a darker tone than the band's first nine releases. This is reflected in the cover artwork, created by Hugh Syme, which graphically depicts the band's mascot, Eddie, being vivisected by machine. Due to the cover's lifelike style, the band were forced to release the album in a reversible sleeve, with a less graphic view of Eddie from a distance. The album's artwork is now available as a 500 piece jigsaw puzzle printed on high quality board. 500 pieces Weight: 490g Jigsaw size: 39cm x 39cm Box size: 30.9cm x 30.9cm x 2.8cm