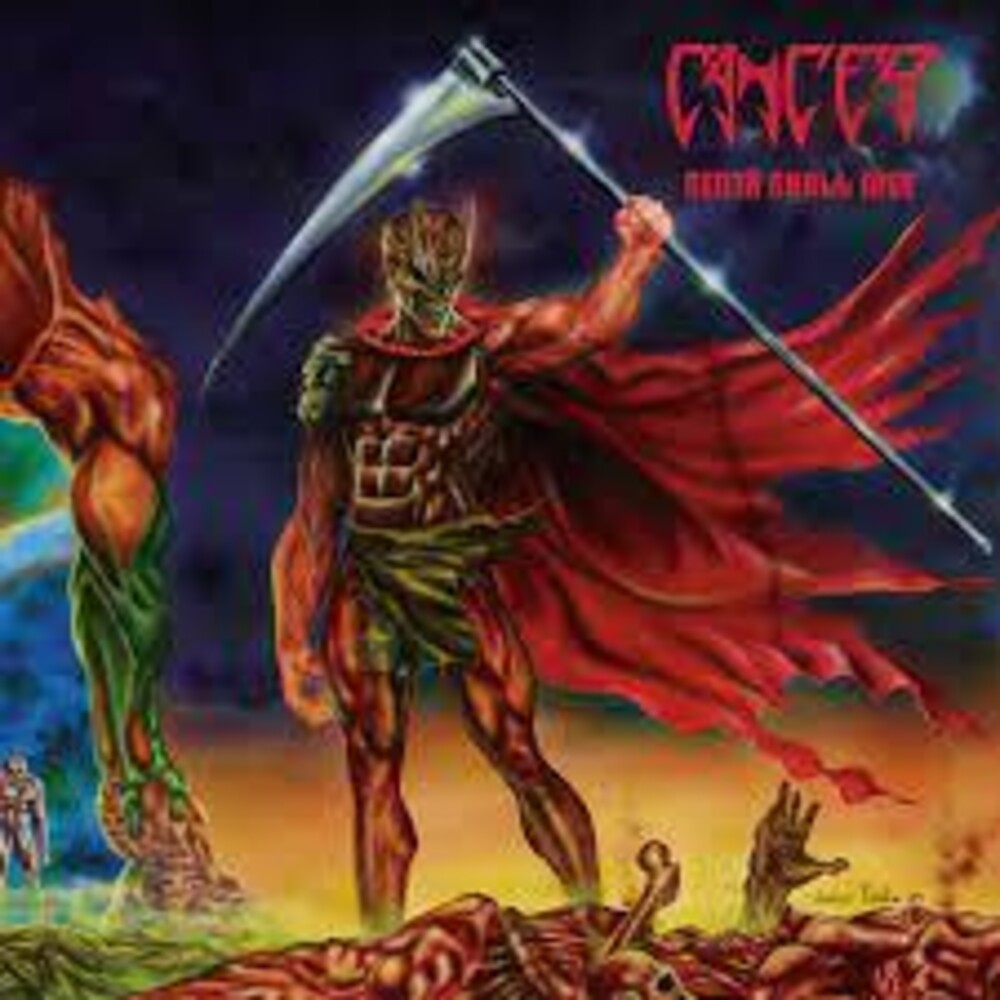 This 30th anniversary edition of Death Shall Rise features a fresh audio master and is presented on colored vinyl LP with original layout. UK death metal gods Cancer burst onto the UK extreme metal scene over three decades ago and established a strong global following over the course of six studio albums, including a stint with major label East West under Warner Music. 2018's Shadow Gripped album reunited the core band for the first time since 1995 for a new masterclass of twisted brutality. Released back in 1991 at the height of the global death metal explosion, Death Shall Rise is rightly regarded as one of the classic pillars of the genre. A clear evolution over debut To the Gory End, Death Shall Rise contained a noticeable development in it's composition and sound, whilst retaining the raw essence and attack of what made the debut itself such a ferocious classic. Joining the core trio of John Walker on guitar/vocals, Ian Buchanan on bass and Carl Stokes on drums was none other than revered guitar virtuoso James Murphy (Death, Obituary, Disincarnate), with Deicide's Glen Benton also contributing a guest backing vocal. Death Shall Rise was recorded at the legendary US studio, Morrisound (Sepultura, Morbid Angel, Deicide) with equally renowned and prolific producer Scott Burns at the helm.
back to top