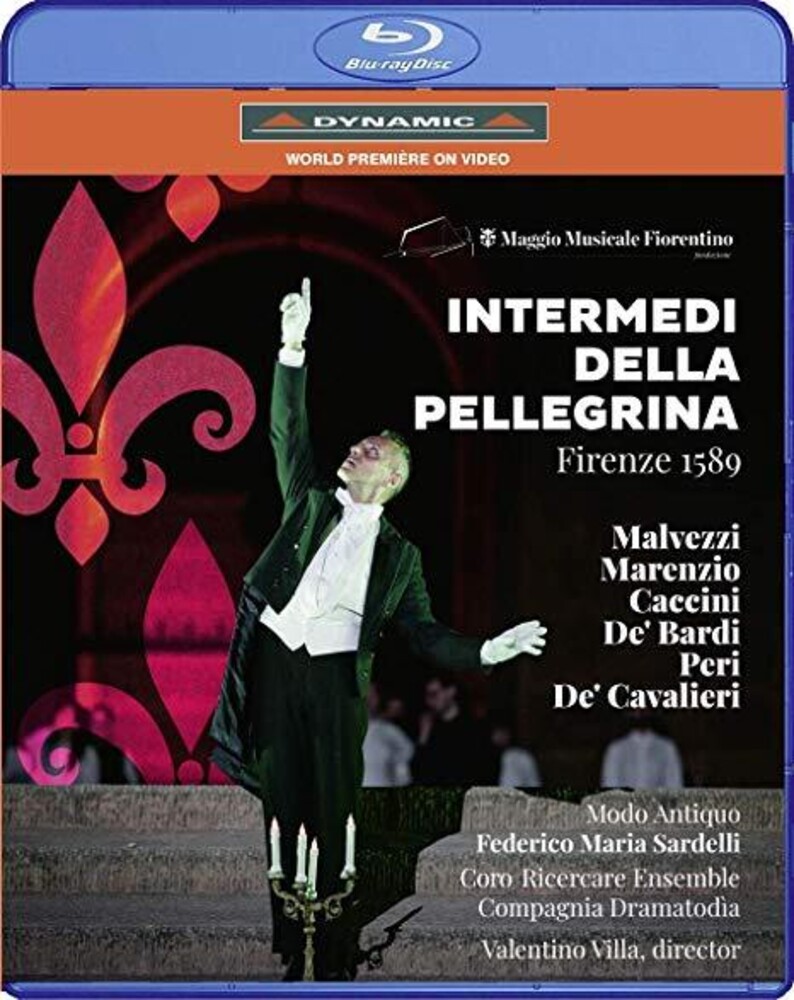 Florence, May 2nd, 1589: on occasion of the wedding of the Grand Duke Ferdinando I and Christina of Lorraine an impressive celebration apparatus was put up to display the magnificence of the Medici household. Behind this official event lay an ambitious project which involved an incredible team of the most important poets and musicians of the time, such as Cristofano Malvezzi, Luca Marenzio, Giulio Caccini, Jacopo Peri, Emilio De' Cavalieri as well as Count Giovanni De' Bardi, who was engaged to compose the Intermedi for Girolamo Bargagli's play La Pellegrina. Renaissance intermediums were sumptuous musical interludes inserted between the acts of a theatrical show on allegorical and moral themes with eclectic references to classical mythology. They are considered as the forerunners of musical opera. The spectacular show, which was performed using a complex stage machinery set up in Palazzo Pitti's Boboli gardens, was an immediate success, so much that the intermediums were performed in the days to follow during another two plays. The Six intermediums in La Pellegrina provide for choral madrigals, double and triple choirs, solo accompanied numbers and instrumental pieces, inserted into the impressive and sumptuous staging by Bernando Buontalenti. 430 years later, Teatro del Maggio Musicale Fiorentino in collaboration with Galleria Degli Uffizi produces the first staging in modern times of the Intermedi della Pellegrina through an itinerant show in Palazzo Pitti's Boboli Gardens. Stage director Valentino Villa's approach was to "attempt at an ironic historical reconstruction, [where] imageries blur together, classical mythology is grafted onto contemporary iconography". Conductor Federico Maria Sardelli leads Modo Antiquo and Chorus Master Alberto Allegrezza is at the head of Coro Ricercare Ensemble and Compagnia Dramatodìa.