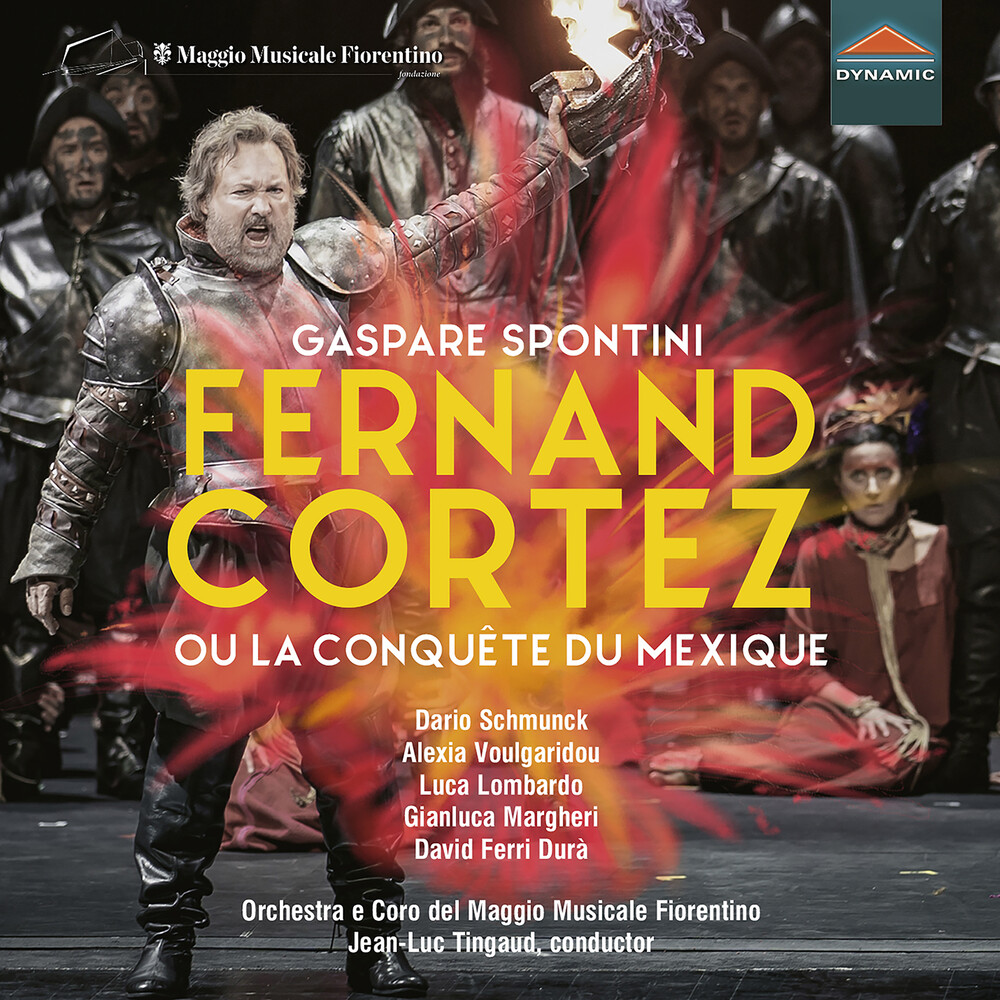 After his Neapolitan training Gaspare Spontini settled in Paris for a few years, where he was nominated "compositeur particulier de la chambre" of Empress Josephine, Napoleon's wife. It was indeed Napoleon who, in 1808, commissioned him the opera, Fernand Cortez, ou La conquete du Mexique, of which he attended the 28th November 1809 premiere. The strongly idealized figure of Cortez, presented as a brave, wise and merciful general, predestined to victory, was to be an image of Napoleon. His fight against Spanish "obscurantism" was Cortez's fight against the cruelty, superstition and dark power intrigues of the Aztec sacerdotal class. Cortez frees the Mexicans from their "evil god", and only the High Priest refuses his clemency. Like in a piece a sauvetage, at the last moment Montezuma's niece, Amazily, who had offered her life in exchange of that of her beloved Cortez's brother Alvar, is rescued. The Mexican chief Telasco promotes the cessation of hostilities: the marriage between Cortez and Amazily sanctions the peace between two peoples. In Spain, the French troops met a very different fate than Cortez's men in the happy ending of Spontini's opera and it has been suggested that the disastrous outcome of the Spanish campaign was responsible for the limited number of performances run by Fernand Cortez in Paris between the end of 1809 and January 1812. This production is a world premiere recording of the first modern times performance of the original 1809 version. It was recorded in October 2019, exactly 500 years after Cortez's first arrival in Mexico. Director Cecilia Ligorio drew inspiration from a murales painted by Orozco inside a building in Mexico city, where Cortez is depicted in a shiny, silver armor and Malinche - the historical figure who inspired the character of Amazily - wears no clothes and is painted with the color of Earth.