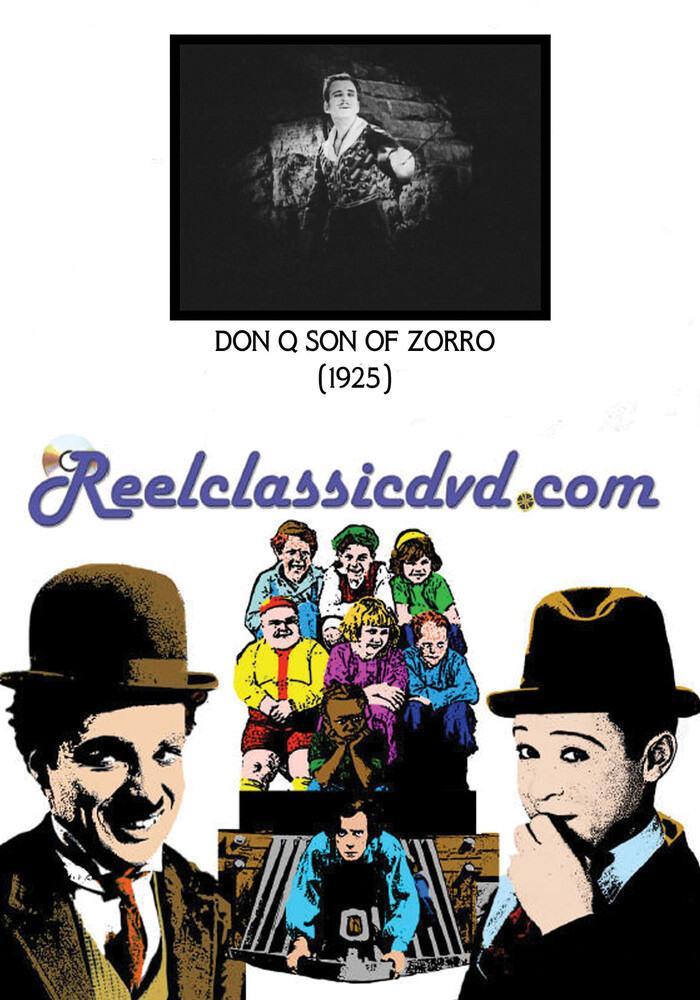 DON Q SON OF ZORRO (1925) starring Douglas Fairbanks, Mary Astor, Donald Crisp, Warner Oland and Jean Hersholt. Directed by Donald Crisp. Fairbanks was never better than in this exciting sequel to "The Mark of Zorro"! When the whip wielding Don Q is falsely accused of murdering the Archduke, he must escape the authorities and set out to prove his innocence. The trecherous Don Fabrique holds the key. A thrilling adventure filled with Fairbanks' trademark action sequences and breathtaking stunts. What a cast! Original music scores composed and performed by John Mucci!
back to top