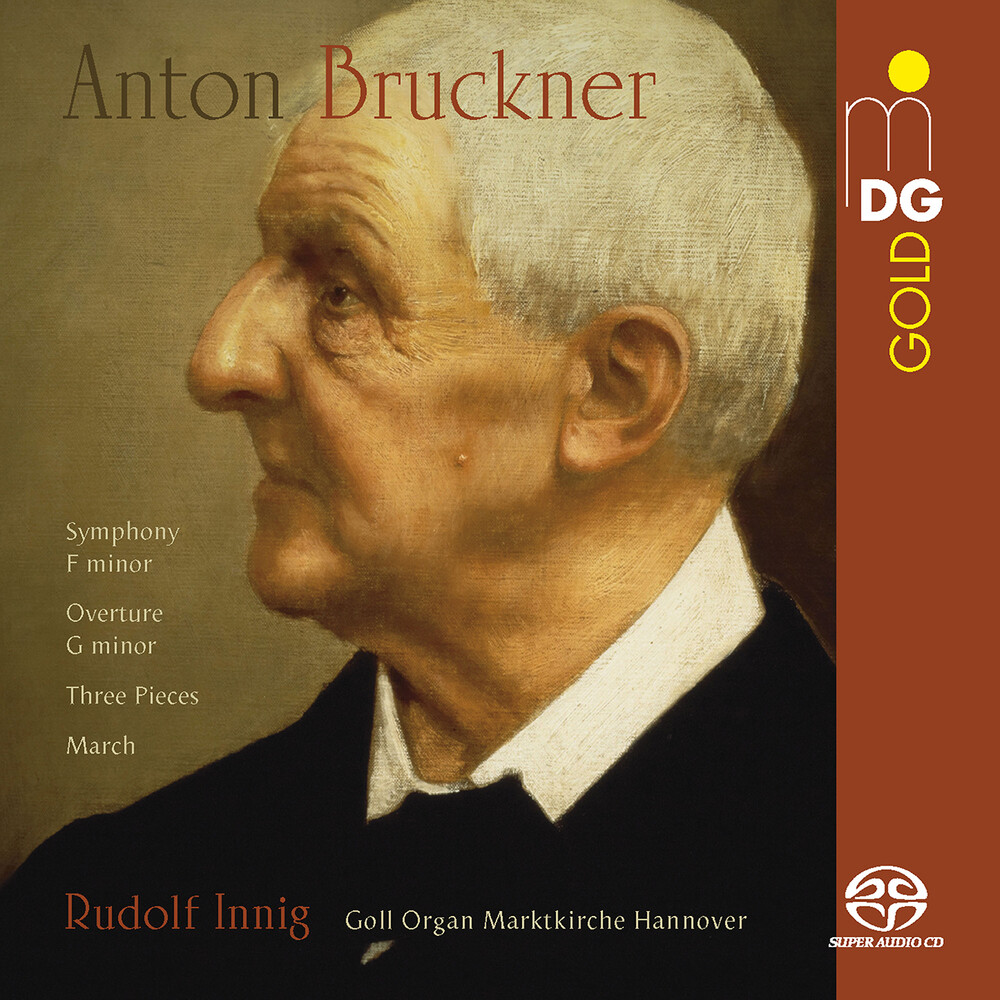 Throughout his life, Anton Bruckner was initially highly regarded as an organist. Rudolf Innig demonstrates with a spectacular listening experiment how much the great symphonic composer was also influenced by "his" instrument: Innig transferred early orchestral works by Bruckner to the organ with loving attention to detail. The result: astounding. And equally good. Bruckner was 39 years old when he completed his two-year composition course with Otto Kitzler, ten years younger than him, with some orchestral pieces and a full symphony. The works already show Bruckner's preference for irregular periods, as he also used them in his organ improvisations, and his preference for sequencing rather than complex motivic processing, and the great dynamic developments. Thus the "Three Orchestral Pieces", which use motifs from Beethoven's piano sonatas, among other things, are given the typical Bruckner tone; with a grand gesture, Bruckner avoids the so obvious stylistic copy of the classical model. Extended organ points, also and especially in the G minor overture, do the rest, and in Innig's organ adaptation, the journeyman pieces acquire an astonishingly convincing plausibility. Rudolf Innig chose the Goll organ in the Marktkirche in Hanover for his Bruckner project. The sound of the large four-manual instrument is perfectly adapted to the needs of the 19th century.