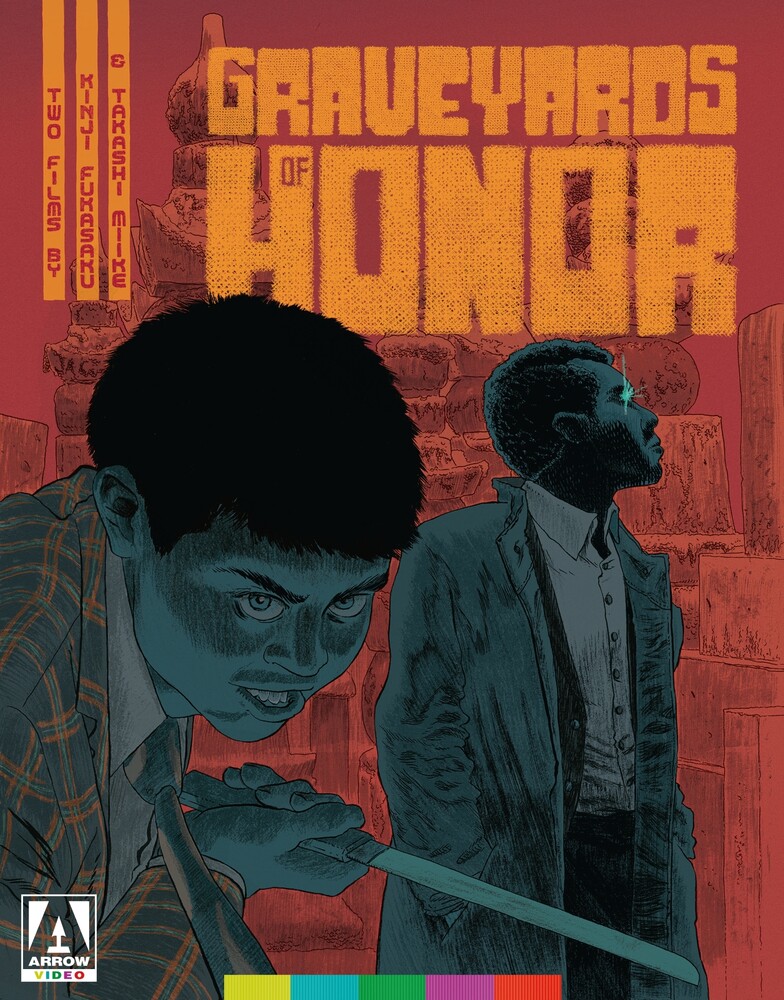 Two peerless masters of Japanese cinema - Kinji Fukasaku (Battles without Honor and Humanity, Battle Royale) and Takashi Miike (Dead or Alive, Audition) - present their own distinctive adaptations of yakuza expert Goro Fujita's gangster novel Graveyard of Honor, each tapping into the zeitgeist of a distinct period of Japanese history. Set during the turbulent post-war years, Fukasaku's original 1975 film charts the rise and fall of real-life gangster Rikio Ishikawa (Tetsuya Watari, Outlaw Gangster VIP). Shot through with the same stark realism and quasi-documentarian approach as Fukasaku's earlier Battles Without Honor and Humanity, Fukasaku nonetheless breaks new ground through his portrayal of a gangster utterly without honor or ethics, surviving by any means necessary in a world of brutal criminality. Meanwhile, Miike's 2002 retelling transplants the story to Tokyo at the turn of the millennium. Less a direct remake of Fukasaku's film than a radical reimagining of the same overarching premise, Miike's film captures both the hedonism and nihilism of the modern Japanese crime scene in deliriously stylish fashion, resulting in a fascinating companion piece to the original that nonetheless stands as it's own entity. Arrow Video is proud to present these two intertwined but unique crime thrillers from two celebrated filmmakers at the peak of their creative powers.