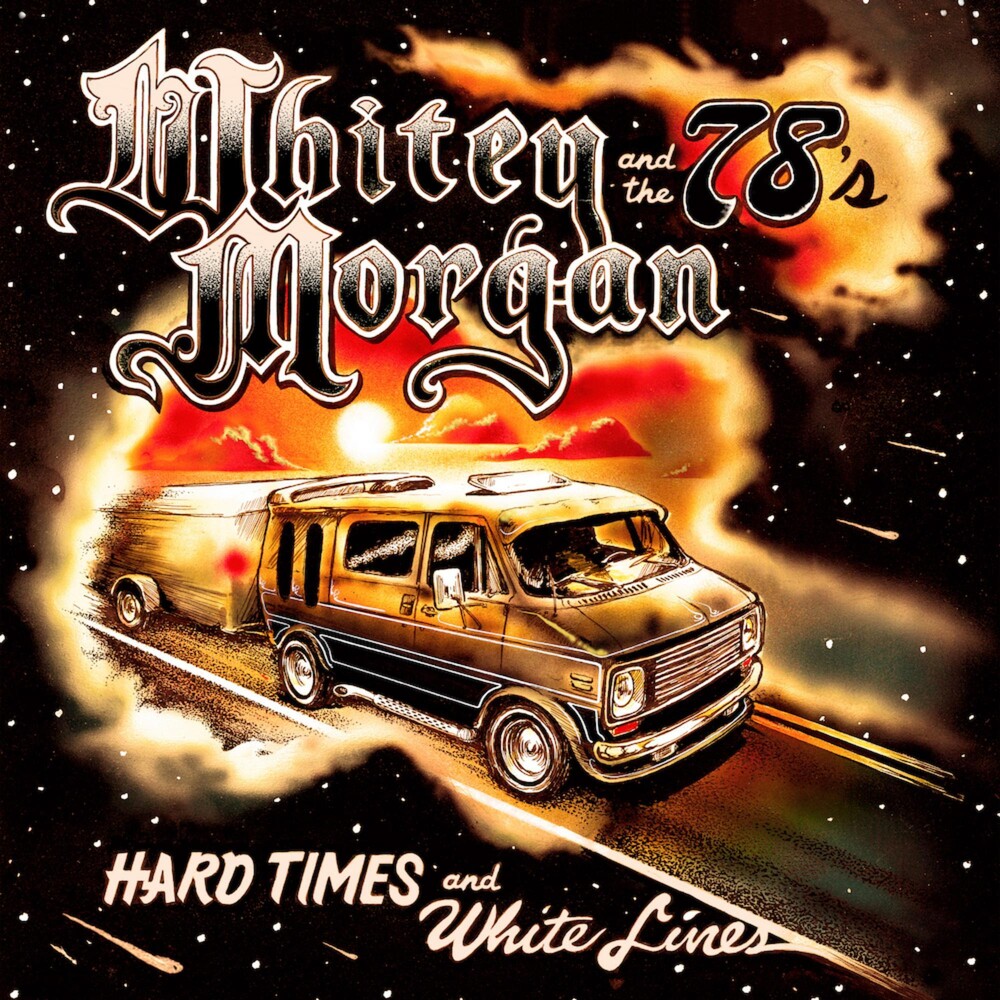 Once again self-produced by Morgan, Hard Times and White Lines was recorded at the Neve Room at famed Sonic Ranch Studios in Tornillo, Texas. Featured on the record are collaborations with acclaimed songwriters Travis Meadows and Ward Davis plus a cover of ZZ Top's Just Got Paid. Alongside Morgan, the 78's consist of Brett Robinson (pedal steel guitar), Joey Spina (guitar), Alex Lyon (bass) and Eric Savage (drums). Of the recording, Morgan shares, It's not like my vision happened overnight. I've been chipping away at it forever. It's slowly evolving and it's going in a little bit different direction. It's not that straightforward anymore. This record definitely has a path, it's broader, but it still sounds like a Whitey Morgan record. With grandparents from Tennessee and Kentucky and hometown roots in Flint, Mich., Morgan's family geography has factored into his approach to music. Reflecting on his recent move to a small parcel of land near Yosemite in rural California with his wife and son, he says, I've been drinking a little bit less and I got my kid at home now. I've been playing music so much more the last few years.