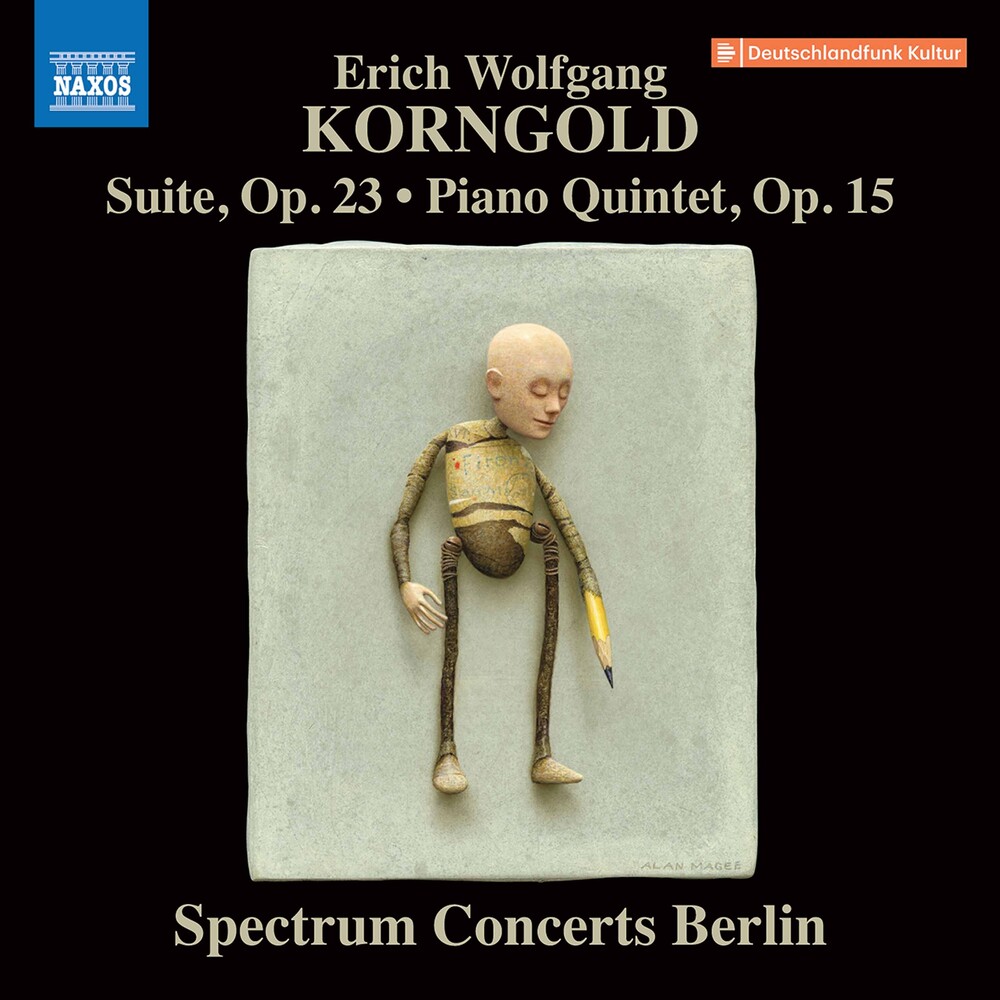 Erich Korngold was described as 'arguably the most remarkable prodigy in history', whose transition into artistic maturity was almost seamless. The successes of his youth continued with works such as the Piano Quintet, Op.15, in which the brilliant interplay of the instruments, songful expressiveness and dramatic power create a masterpiece of weight and sub-stance. The Suite, Op.23 is a highly virtuosic piece in which Korngold leads us on a monumental stroll through a gallery of European musical history, from Bach via Beethoven to the early 20th century. Spectrum Concerts Berlin has also recorded Korngold's Piano Trio, Op.1 and String Sextet, Op.10 for Naxos (both on 8.574008).