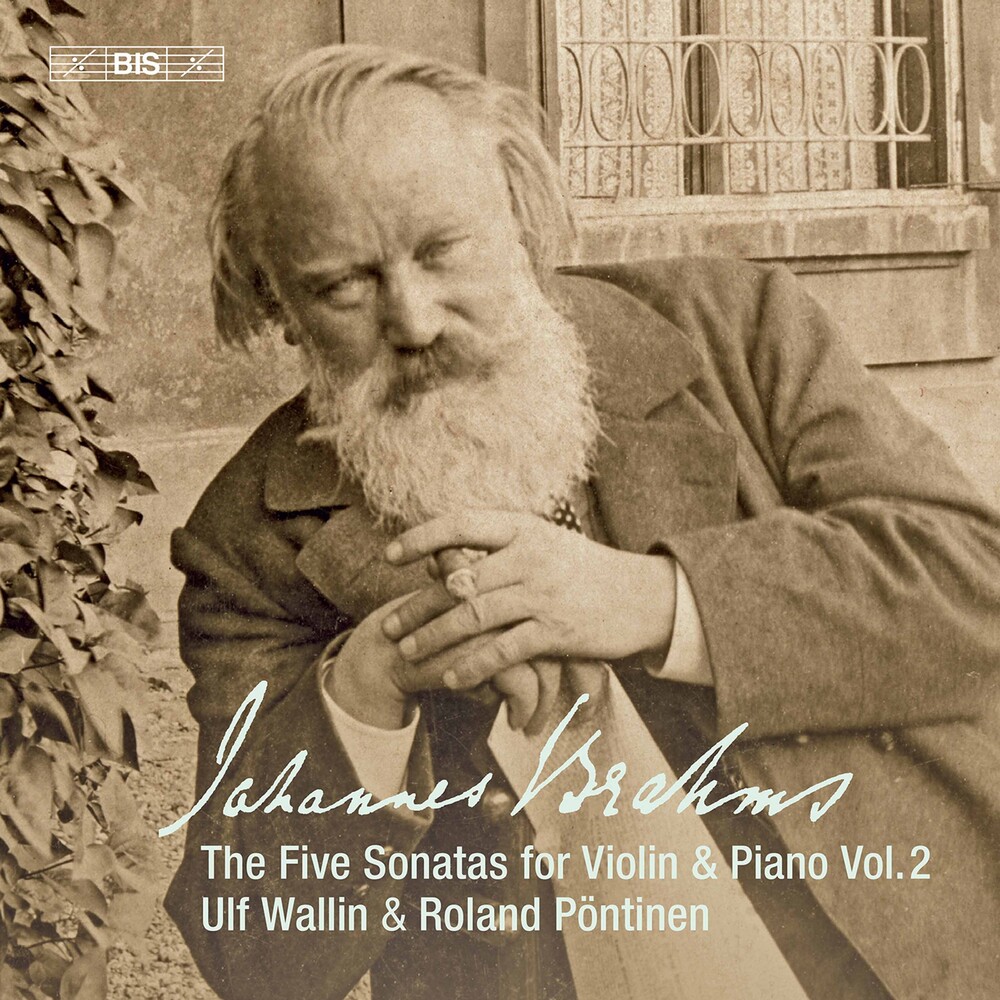 Ulf Wallin and Roland Pöntinen made their first duo-recording for BIS in 1991 and have released acclaimed recital albums ranging from Schumann and Liszt to Alfred Schnittke, by way of Schoenberg and Hindemith. With the present disc they bring their most recent project to a close: a recording of all the works by Johannes Brahms for violin and piano. These include not only the three well-known and -loved numbered violin sonatas, but also the Scherzo from the so-called F.A.E. Sonata and the composer's own violin versions of the two sonatas for clarinet and piano. Wallin and Pöntinen open the present release with Sonata No. 2 in E flat major, Op. 120, composed in 1894 for clarinet and transcribed for the violin a year later. As the clarinet part extends further down than the lowest note on the violin, Brahms made considerable revisions to the clarinet part, which entailed changes in the piano part, and consequently the printing of a new piano score. This is followed by the second and third violin sonatas, in A major and D minor respectively. Both works were composed during the summer of 1886 in Thun in Switzerland and are clearly related, even though they inhabit completely different expressive worlds.