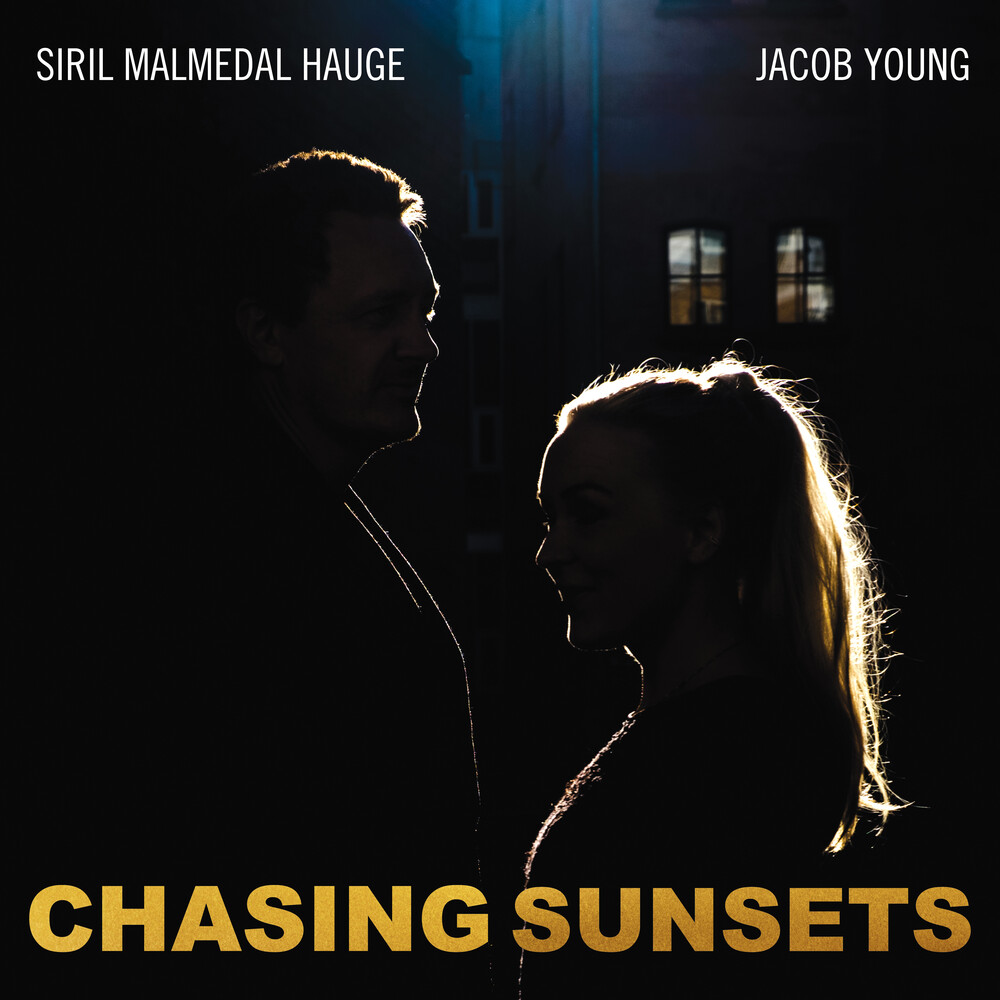 The critically acclaimed duo made their debut in 2018 with the album "Last things" on Oslo Session Recordings, which received international praise. This is the duo's second album. Since their debut they've had the chance to develop their collaboration as songwriters and performers through extensive touring and/or concert performances at festivals and clubs in places like Japan, South Korea, USA, Germany, Denmark, Italy and Norway. Singer Siril Malmedal Hauge has this time around also contributed as a lyricist and composer on three tracks, including the title song; "Chasing Sunsets"; "Time" and the jazzy ballad "Wake Up", that features tenor-sax-great Knut RiisnĂ¦s as special guest. Jazz guitarist Jacob Young known from his three albums as a leader on ECM ("Evening Falls" 2004, "Sideways"2008, "Forever Young"2014), as a sideman with Manu Katche, Karin Krog, Sidiki Camara and as the driving force behind the label Oslo Session recordings - has also written three new songs. In addition to playing the guitar, he contributes on them also as a vocalist. The album consists of three vocal duets where Sirils vocals blends with Jacobs voice; check out the sonic adventurous feel on tracks; "How Can I Advice You", "The Ceiling" and "High Alert". The remaining material are gems from the popular music canon, with surprises like the cover of the famed Norwegian Pop Anthem of the north: "The Lovesong" (KjĂ¦rlighetsvisa) written by Halvdan Sivertsen - first time ever in English (translated by Jacobs father Larry J. Young and his wife Maija Juva) and the Burt Bacharach/ Hal Davids classic "I Say A Little Prayer" other well known tunes and masterpieces include; "You are So Beautiful" and "My Ideal". All the standards and covers have gone through their highly personal and original arrangements and production