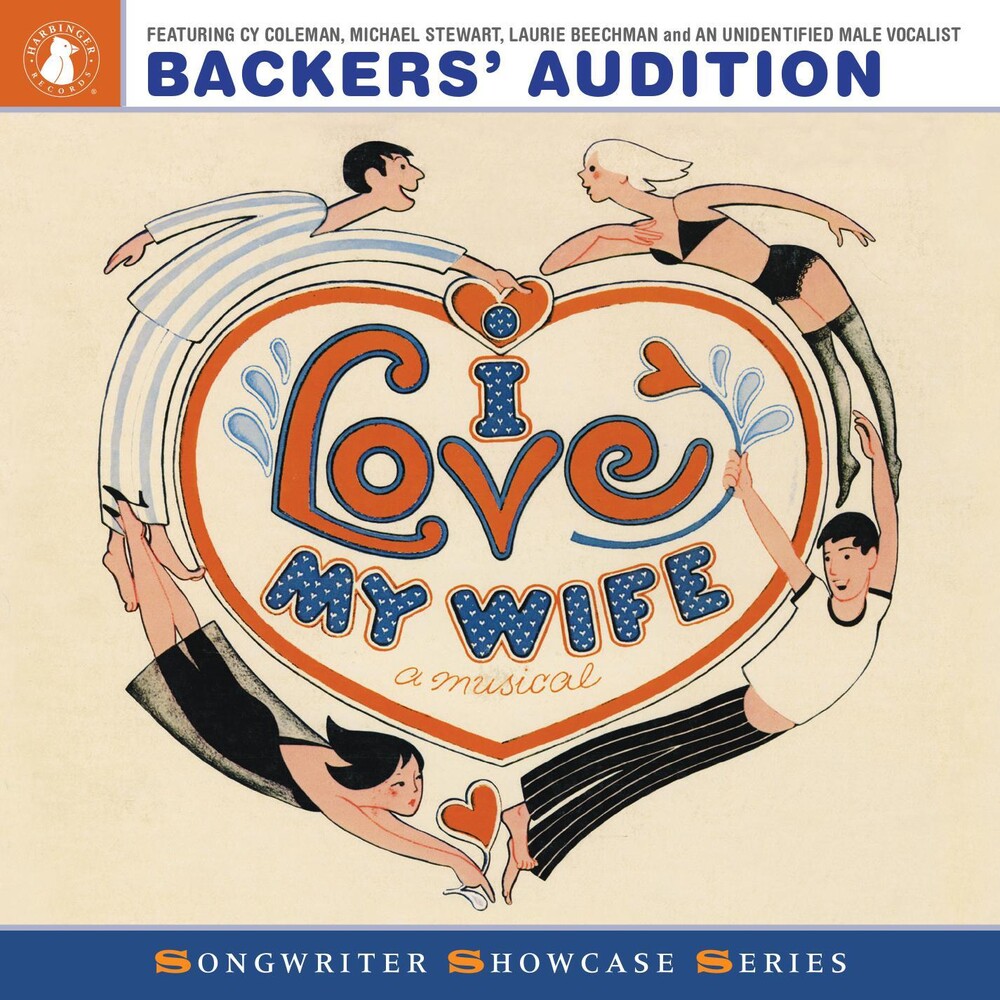 Another in Harbinger Records' acclaimed series of Broadway Backers' Auditions, I Love My Wife Backers' Audition is a swinging romp about swinging singles with an equally swinging score by Cy Coleman and Michael Stewart. And it's those songwriters who play the score and narrate the story. Singing duties are also shared by Broadway legend Laurie Beechman and Broadway mainstay Austin Pendleton. This merry quartet has a ball and so will the listeners.  The recording was made to send out to potential backers to entice them to invest in the show. Those who did found this intimate show (the musicians also played parts in the piece) to be a sleeper hit. It opened at Broadway's Ethel Barrymore Theatre on April 17, 1977 and entranced the critics. New York Times critic Clive Barnes enthused that the show was "bright, inventive, amusing and breezy." It ended up playing a remarkable 857 performances.  Our recording also features bonus tracks from two other Cy Coleman shows, Atlantic City, with lyrics by Christopher Gore, and Home Again, with lyrics by Barbara Fried. The five songs excerpted from their demo recordings suggest the range of Coleman's output in the 1970s. And for I Love My Wife, informative liner notes by Coleman biographer Andy Propst explain it all. How two couples from the suburbs of Trenton, New Jersey, spend a rollicking Christmas Eve. These friends, with a little help of strong eggnog and other libations (some smoked), decide to explore a ménage-à-quatre. They make it as far as the bed when... Well, we'll let Mr. Coleman and Mr. Stewart tell you the story. The songs, the story and the enthusiastic creators make this CD a joy to listen to. The 12-page booklet also contains photos from the original Broadway production. I Love My Wife Backers' Audition makes for a joyful listening experience and a bit of nostalgia for people of a certain age. A huge hit on Broadway, a rousing score, narration by the creators and performances of two of Broadway's finest talents. What more could one hope for in today's parlous times?