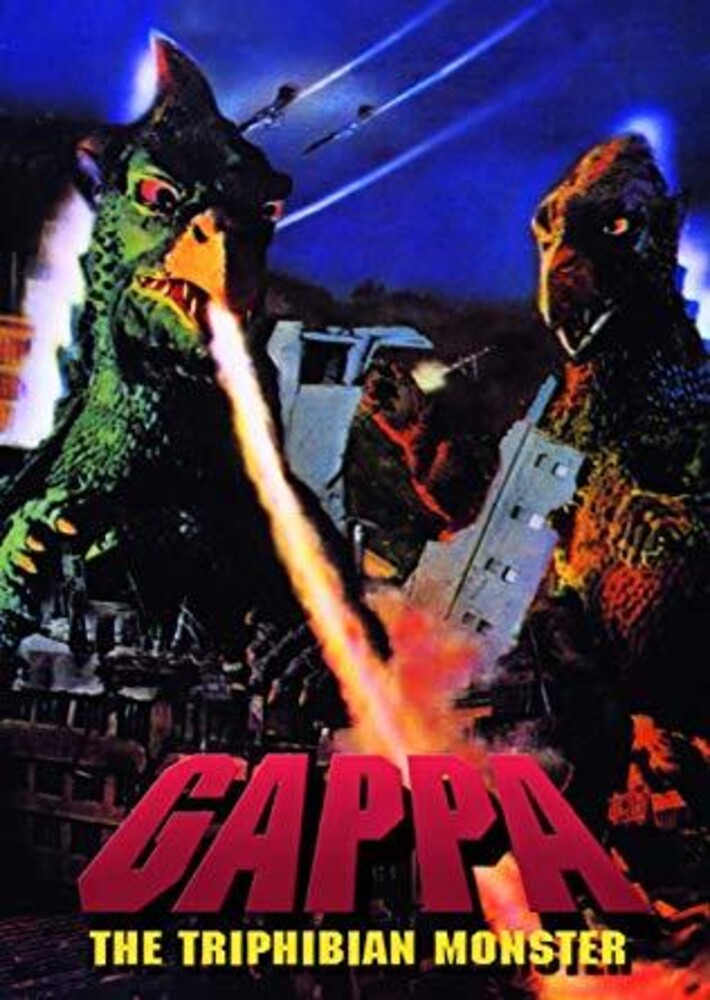 The towering, flying reptile swoops onto Blu-ray for the first time ever! Originally released directly to U.S. television in 1968 as The Monster From A Prehistoric Planet (in a badly panned and scanned format), Gappa unfolds on a serene tropical island paradise untouched by modern civilization and technology where a dark secret lies dormant for centuries. When a greedy business tycoon has grandiose plans to turn the island into the world's largest resort and amusement park, a team of scientists stumble upon a mysterious dinosaur egg. When the egg hatches, GAPPA is born- a mythical giant reptilian bird that the indigenous island people worship as a god. Seeing dollar signs, the tycoon hurriedly ships the baby monster to Tokyo for commercial exploitation. Little does he know that the much larger, irate parents of the infant Gappa follow close behind to rescue their precious baby and wreak havoc upon monster-plagued Tokyo! This historic rubber-suit epic rode the wave of Godzilla's golden era and was the only kaiju produced by the prolific Nikkatsu studios. Long out of print on DVD, the Tokyo Shock Blu-ray and remastered DVD editions are the only legitimate versions of the film officially licensed for North America and finally presented uncut in a fresh high-definition transfer to preserve all of it's original widescreen glory. (81 minutes)