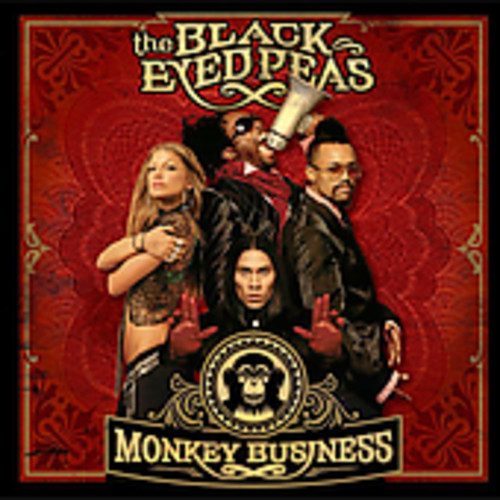 This is their eagerly anticipated fourth album, entitled MONKEY BUSINESS, the follow up to their 2003 breakthrough release ELEPHUNK. This album features 16 tracks, includin collaborations with Godfather of soul James Brown, Justin Timberlake, and Sting.

''Monkey Business'' is the fourth album by the Black Eyed Peas in their major crossover from hip-hop and soul to more funk and dance music, released in various countries in late May to early June 2005 (see 2005 in music).

The album was certified three times Platinum by the RIAA in the U.S. and has sold over 10 million copies worldwide. The Canadian Recording Industry Association (or CRIA) has certified ''Monkey Business'' 6x Platinum, with sales of over 600,000 copies. The Australian Recording Industry Association (or ARIA) has also certified ''Monkey Business'' 6x Platinum, denoting sales of over 420,000 copies.

The album's tracks earned the group four 2006 Grammy Award nominations and they also won the Grammy for Best Rap Performance by a Duo or Group for "Don't Phunk with My Heart".

According to IFPI, over 2 million copies have been sold in Europe. In the UK alone, it has sold over 1 million copies, although this is significantly lower than their sales of Elephunk (which stand at over 1.6 million copies). - Wikipedia

You thought there was no way you would ever hear a song more, um, "get it started" than "Let's Get Retarded," much less one composed by the same group just two years later. Ladies and gentlemen, we present the Black Eyed Peas' "My Humps." You know, my lovely little lumps? You know, of dead presidents?