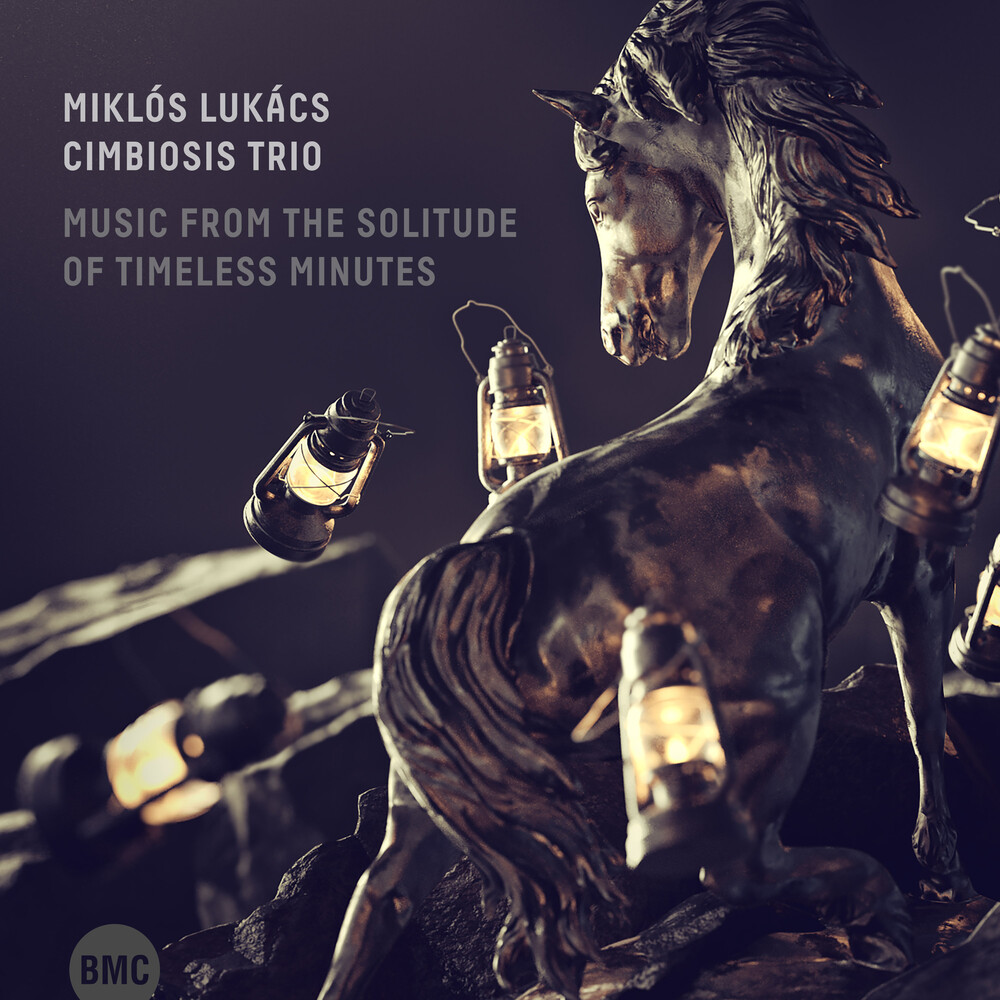 The main protagonist on the CD is clearly the cimbalom and Miklos Lukacs: he wrote the composed parts of the tracks we hear, yet his two colleagues are indispensable to him, and not only in the improvised sections. The trio's name, Cimbiosis, perfectly describes the ideal state of mutual interplay within which the three musicians collaborate: sometimes the bass and drums seem to act as a respirator for the cimbalom, while this two-man respirator draws it's energy from the cimbalom itself; elsewhere it's the cimbalom that provides the bass or the drum the foundation on which to build a solo. Miklos Lukacs has here two fellow musicians, or rather fellow creators: Gyorgy Orban, a bassist who once aimed to be a classical guitarist but finally found his home in jazz, and the amazing courageous drummer István Baló, who is committed to free music (he used to play with Gyorgy Szabados). In other words, both of them come from the jazz world in the broadest sense. But the music they have created sits uneasily under the "jazz" label, and this is one of the charms of Miklos Lukacs's musical world: he doesn't give the listener the facile satisfaction of genre labels. It has no genre; it has style, idiom, and atmosphere. Of course, within this style (idiom, atmosphere) can be found something from jazz too, for sure, but behind the musical ideas there is folk music, in it's authentic form, in it's art form after it's Bartokish transfiguration, in the ornamentation there is Gypsy music, in places the volcanic energy of rock music erupts, and in the logic of the compositions, the complex harmonies, and the relentlessly serious attitude to the music is the entire classical tradition, from Bach through Debussy to Kurtag. In this sense, it is a decidedly twenty-first century CD, for I think the era of genres is over: we can refer to them, but they no longer have any meaning. Miklos Lukacs is guided through this genre-free no-man's land by the sure hand of good taste. (Gergely Fazekas)