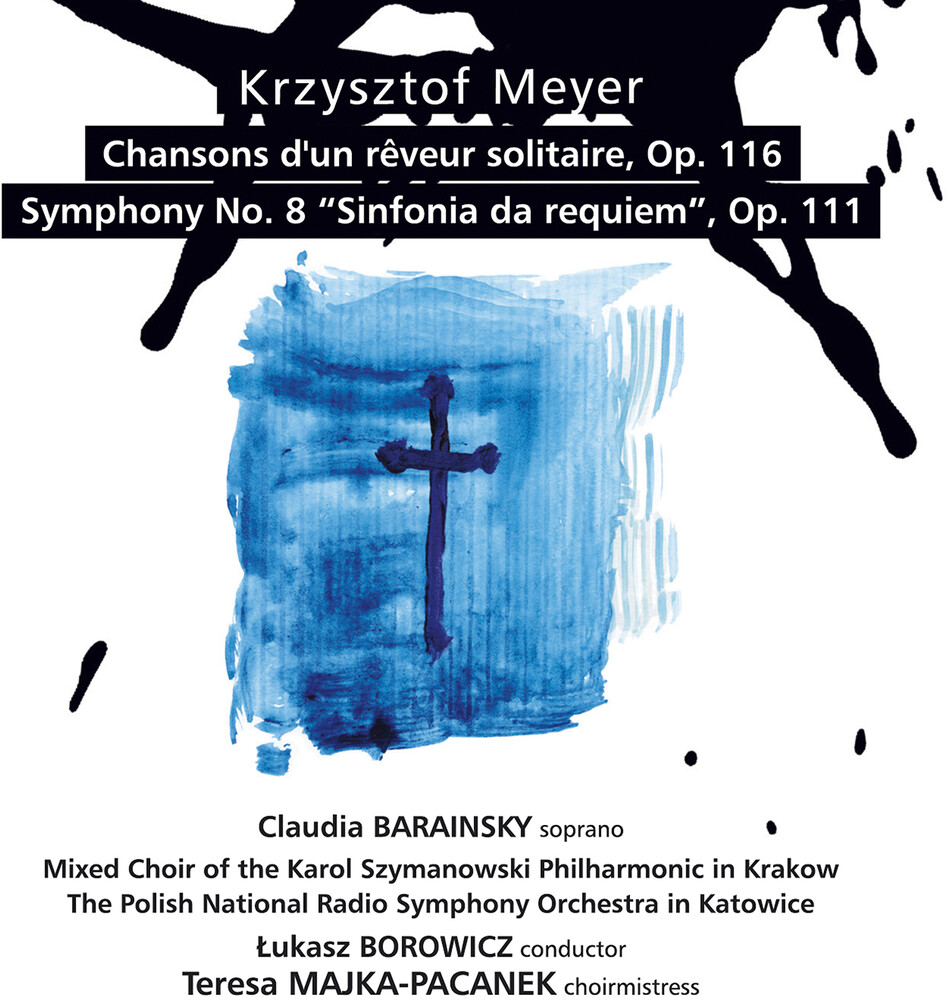 Nowadays Krzysztof Meyer is considered one of the greatest Polish composers. Initially, he pursued an education as a pianist, but his subsequent contacts with Krzysztof Penderecki and Stanislaw Wiechowicz contributed to the fact that Meyer quickly revealed his compositional talent to the global audience. The artist has succumbed to many musical fascinations, which is why his works often combine the influences of various composing techniques. This album is another project signed by DUX, familiarizing music lovers with the colorful work of Meyer. The album contains two vocal and instrumental compositions: Songs of the Lonely Dreamer and the Symphony No. 8 Sinfonia da requiem inspired by crimes against the Jewish nation. Both pieces, concerning diametrically distant themes, perfectly illustrate the composer's ability to flexibly adapt the musical language and applied composing techniques to overtones and themes of vocal and instrumental works.