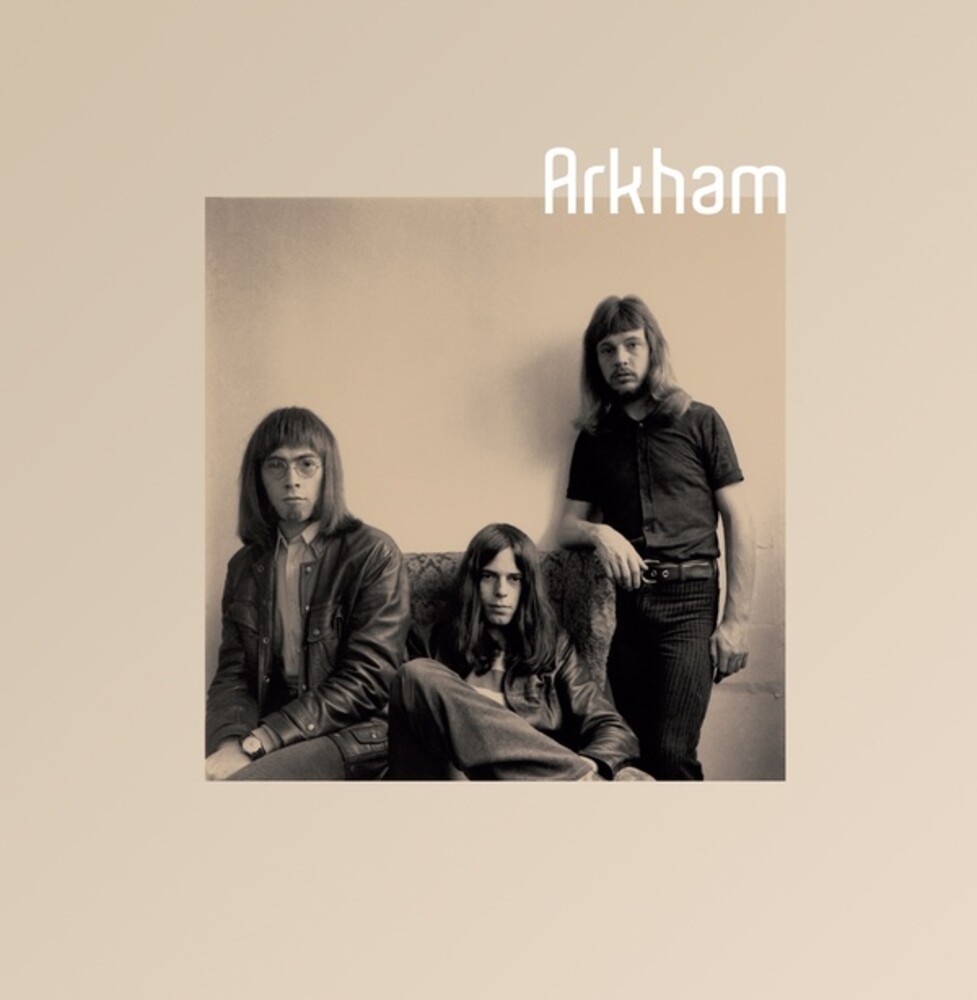 Vinyl LP pressing. Historic Belgian prog-fusion outfit of the early 1970s. Arkham played eclectic jazz and rock mixtures in the "Canterbury" vein, inspired by Soft Machine and Egg. Never released before on vinyl, the recordings reproduced on this album come from magnetic tapes of some of Arkham's concerts and rehearsals, recorded at various times. Arkham are an early '70s prog band that featured keyboard player Jean-Luc Manderlier who would later join Magma, drummer Daniel Denis who would also move on to Magma as well as Univers Zero, and drummer Patrick Cogneaux. Arkham aren't nearly as dark as Magma or Univers Zero, their jazzy overtones placing them a little closer to Soft Machine. The three musicians, who show some maturity, are obviously pouring their hearts out throughout the album, which exudes an intensity that can't be ignored.
back to top