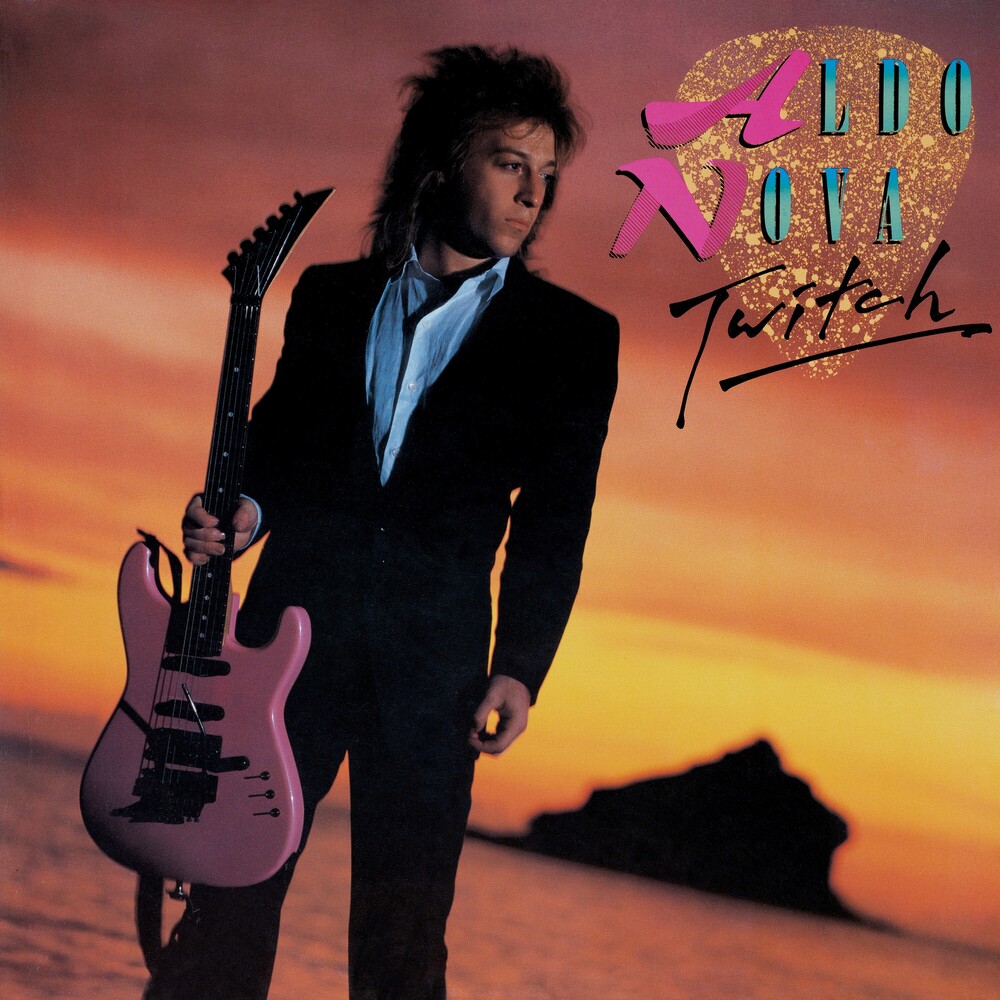 Fully Remastered Audio / Canada's multifaceted one-man music-creator gets jumpy on album #3 / Produced by Aldo Nova / Includes 'Tonight (Lift Me Up)', 'Rumours Of You' & 'Fallen Angel' / 16 page full-colour booklet, 3500 word essay with new interview, enhanced artwork & previously unseen photos - ALDO NOVA enjoyed an impressive rocket ride to success with the release of his debut album in 1982. The record shot to #8 on the US Billboard chart led by the infectious hit single 'Fantasy', a song that cemented his reputation as one of Canada's most talented rock singer/songwriters, alongside Bryan Adams. It was a commercial crown that perfectly fitted this Montreal native, with many believing that it was the opening salvo to a career that would continue to blossom and reap ever increasing rewards. Sadly, that was not to be. Despite a valiant and comprehensive second album, 'Subject... Aldo Nova', his commercial star began to fade leaving all eyes on this third album 'Twitch'. Recorded in 1985 and released in the same year, the record was a determined effort to return to the satisfying and exciting style of his debut with immediately catchy pop rock tracks boasting copious melody. Despite a return to his roots, the results were unfairly overlooked, resulting in the record failing to chart and causing friction with his record label. Aldo vowed not to release further solo albums unless he had complete control over his output, something not achieved until 1991. Despite the strain between Nova and his label at the time, 'Twitch' is a meaningful and impressive statement harboring a number of instantly catchy songs that are injected with solid hooks and fine guitar playing; tracks that should have been the launch pad to far greater success. Recorded in New York, the album is also notable for guest vocals from Michael Bolton and Fiona (Flanagan). It remains a truly great statement from a proven talent.
back to top