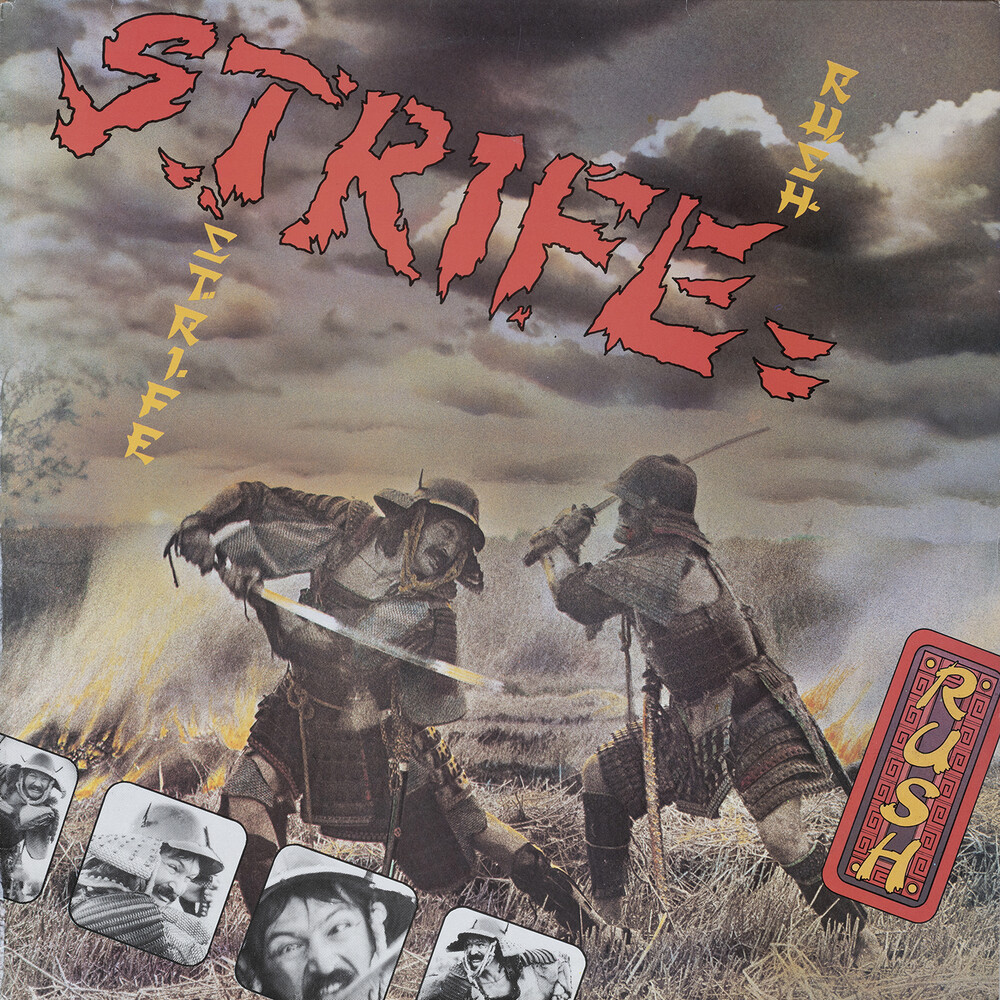 Special Deluxe Collector's Edition / Fully Remastered Audio / Legendary Merseyside trio enter into combat with razor sharp debut / Three bonus tracks / 16 page full color booklet - 4,000 word essay, new interview, enhanced artwork, and rarely seen photos - STRIFE WERE A trio that operated with considerable success during the 1970s, playing a succession of college and club gigs which helped to secure a firm foothold in the UK market. Their reputation as a band that could deliver consistent performances was well documented and attracted a large following. This intense activity won them a highly coveted record deal with Chrysalis records and the release in 1975, of 'Rush', their debut album. Despite the fact that they were, in effect, a power trio, the band's music was far more considered than what might reasonably be expected from such an outfit. Digging deep into mid-seventies progressive rock, this Liverpool-based band ploughed a niche that relied on adventurous arrangements, expressive lyrical themes and a penchant for mixing solid hard rock with long passages that consistently revealed more of their style with every listen. Led by frontmen - bassist/vocalist Gordon Rowley and guitarist John Reid - Strife's sound was built on this punchy progressive rock imbibed with heavy riffs and the impressively layered vocals. Indeed, it was the sound of the times and attracted enthusiastic praise, despite a number of logistical setbacks, not least of all a record company that was fast losing interest and a difficult production process. Produced by R. Dean Taylor (most notable for the hit single 'There's A Ghost In My House') and recorded in London and San Francisco, the album's two standout tracks are the epic seven minute 'Indian Dream' and the multipart twelve minute title track that's blessed with an adventurous sonic tapestry which boasts a fiercely dramatic showdown.