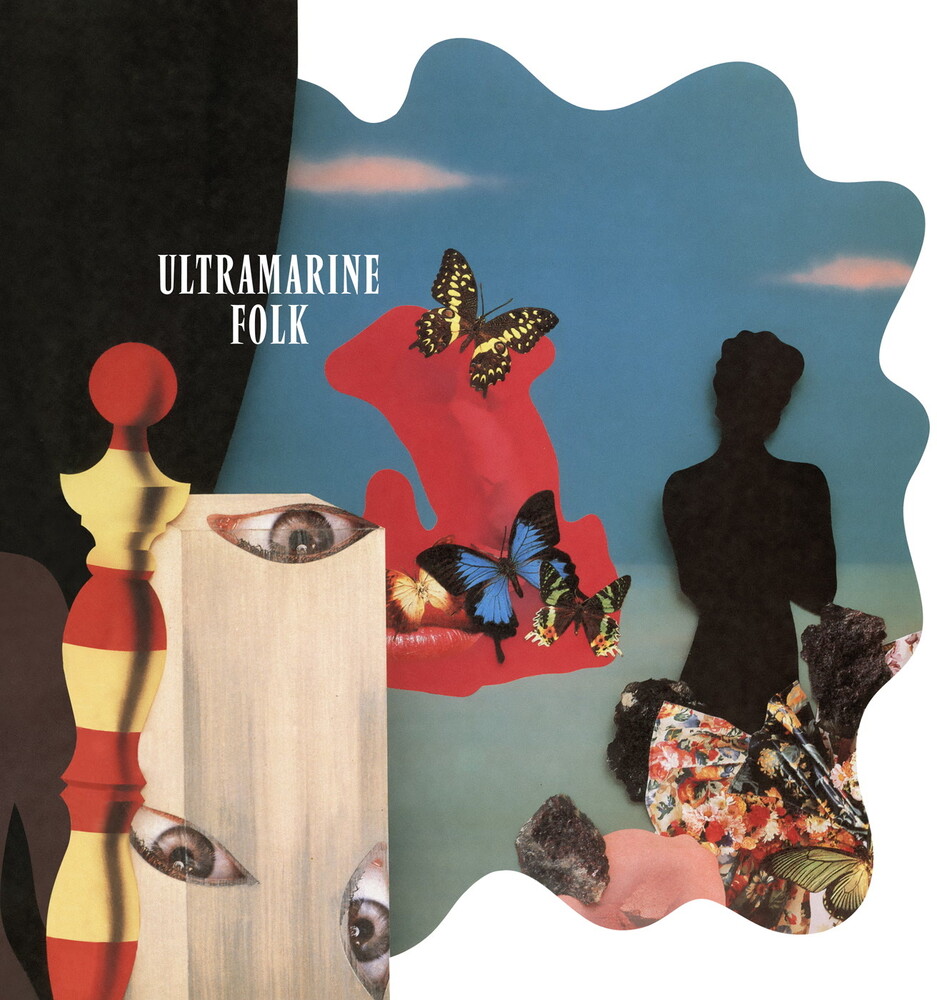 For their first outing, new London-based reissue label Foam On A Wave resurface the remarkable debut album from one of the UK's foremost artists of 'ambient techno', Ultramarine's 'Folk'. Like the surrealist collage of the sleeve designed by Benoit Hennebert, Ultramarine weave together unique instrumentation and sonic influences into rich, ethereal soundscapes, now fully remastered for it's 30th anniversary. Ian Cooper and Paul Hammond admitted they weren't totally sure what they were doing when they signed a record deal with the famously bohemian label Les Disques du Crepuscule and found themselves on their way to Brussels. There, over a two week stint, the Essex duo recorded the album - drawing on a kaleidoscopic palette influenced by both the Canterbury scene's jazz-infused psychedelia, as well as the contemporary Benelux scene, with particular nods to the likes of Benjamin Lew, The Durutti Column and Anna Domino. Conceived at a time when technology began reshaping the process of recording and production, the band's interest in fusing the organic and the electronic is apparent, and one that has remained with them throughout their career. 'Folk' both sits apart from and serves as a precursor to the 'pastoral techno' sound Ultramarine went on to pioneer. Following US and European tours alongside Orbital and Bjork, a few more albums and collaborations with the likes of Robert Wyatt and Kevin Ayers, plus remixes for and by Everything But The Girl, Carl Craig, Luke Slater and more, they folded the project for a number of years. Last year the band returned to their inaugural imprint with the ethereal 'Signals Into Space'. Albeit somewhat sparser, more sedate, it is in some ways a coming full-circle to the jazz-laden, analogue sound of their debut, which makes reissuing 'Folk' feel all the more timely.