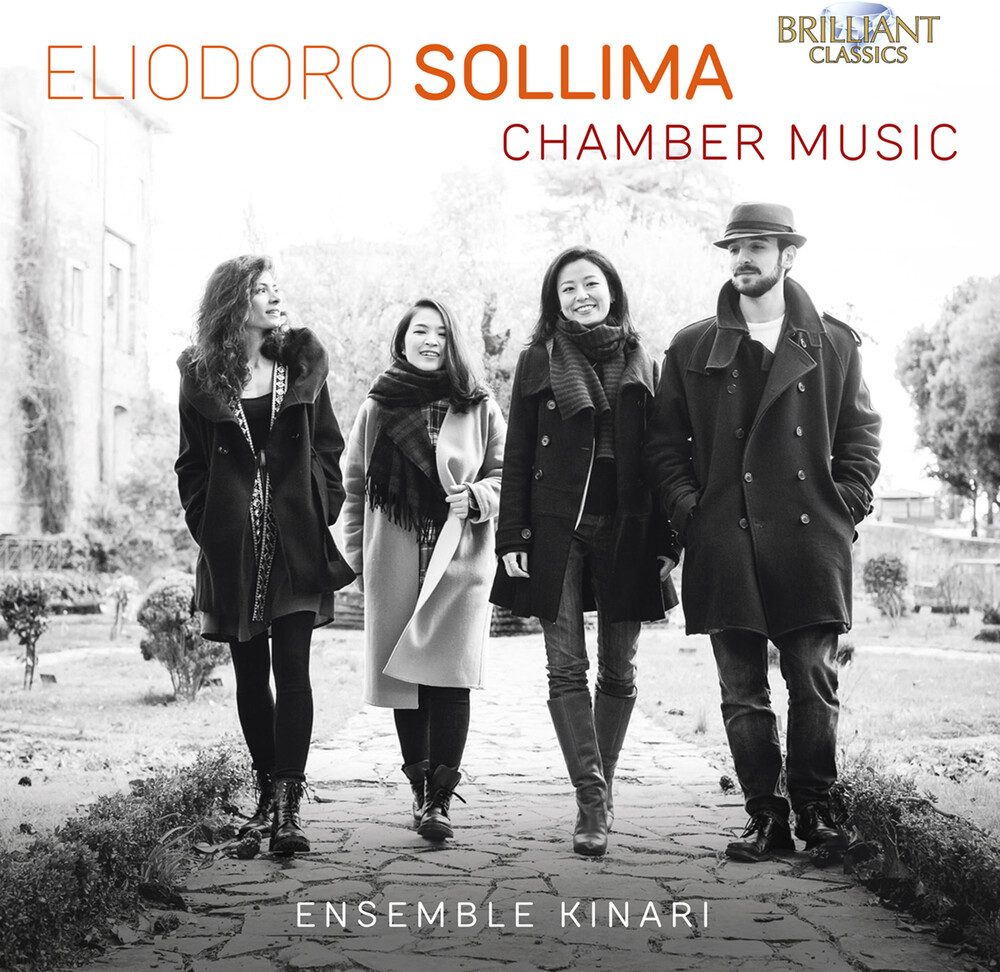 Eliodoro Sollima (1926-2000) was a Sicilian musician raised in the town of Marsala, where the concert hall is dedicated to his memory. From 1954 to 1991 he taught composition at the conservatoire in Palermo, where he was also the institution's director for 16 years. This is the only album dedicated to his music: new recordings made by a young contemporary music ensemble, who are joined by the composer's son, Giovanni Sollima, a cellist and composer in his own right who has made several previous albums for Brilliant Classics. Sollima studied piano with Arturo Benedetti Michelangeli, and he wrote for his instrument with a thorough grasp of it's range as a Romantic instrument - Italian TV broadcasts preserve some unfussily accomplished performances of Liszt - which courses through his best-known piece, the Toccata of 1951. However, his idiom embraced a Bartokian toughness of rhythm, most vividly demonstrated here by the three movements for piano trio (for which Sollima received compliments from Isaac Stern). In 1968 he wrote a powerful concerto for string orchestra in memory of Bobby Kennedy, and the tortured harmonies of this piece carry over into both the contemporaneous piano trio and the later 'Evoluziona No.5' for violin and piano. However, the album surveys the full range of Sollima's oeuvre, from the brief and touching Aria he composed for a chamber quintet as a 19-year-old, to a compact Cello Sonata written at the age of 22 in 1948. From almost half a century later dates the 'Legend of St Damiano', a single-movement piano quartet that effectively synthesizes the evolution of the composer's music. Luciano Tarantino recorded Giovanni Sollima's own music on a 'Cello Solo Journey' released in 2019 by Brilliant Classics (95964). His own playing can also be enjoyed on a 2014 album of Offenbach's cello duets (94475).
back to top