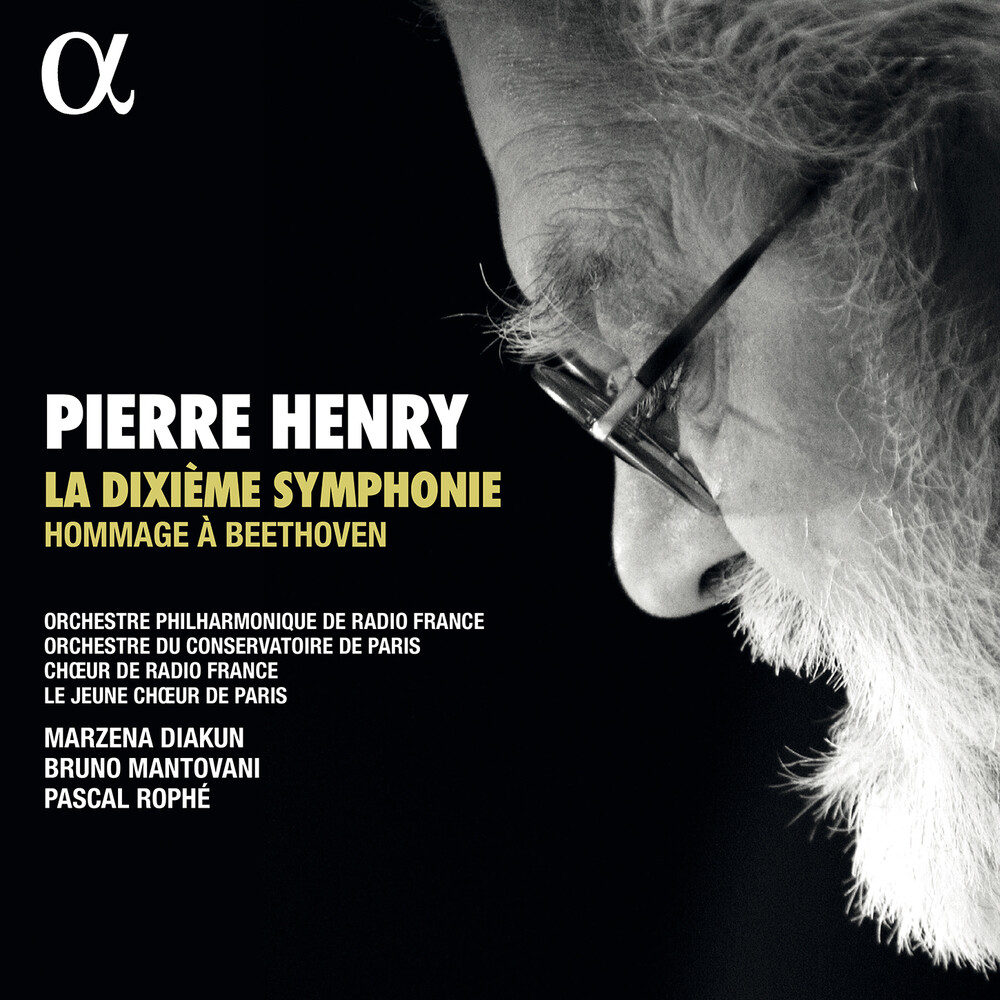 Pierre Henry, a supreme innovator in the field of sound aesthetics, opened the gates to many other musical universes through the applications of his technological research. Fascinated by Beethoven from an early age, he composed a "Tenth Symphony": "It's not the one Beethoven made sketches for," he said. "Nor is it a synthesis of the nine. It is essentially a combinatorial work. It's also a tribute to the man who hoped to exceed the limits of the orchestra. Perhaps a way of painting my portrait (our portrait) through this music and the influence it has had on mine. It is a dreamlike, logical and respectful trajectory through what these symphonies contain and suggest. The work deliberately uses as "raw material" only notes, groups or motifs from the nine symphonies." There are three electroacoustic versions, but it is the unpublished symphonic version that is presented here. It was premiered in November 2019 at the Cite de la Musique in the Philharmonie de Paris, by three orchestras, two choirs, and three conductors: the Orchestre Philharmonique de Radio France, the Orchestre du Conservatoire de Paris, the Choeur de Radio France and Le Jeune Choer de Paris under the direction of Pascal Rophe, Bruno Mantovani and Marzena Diakun.