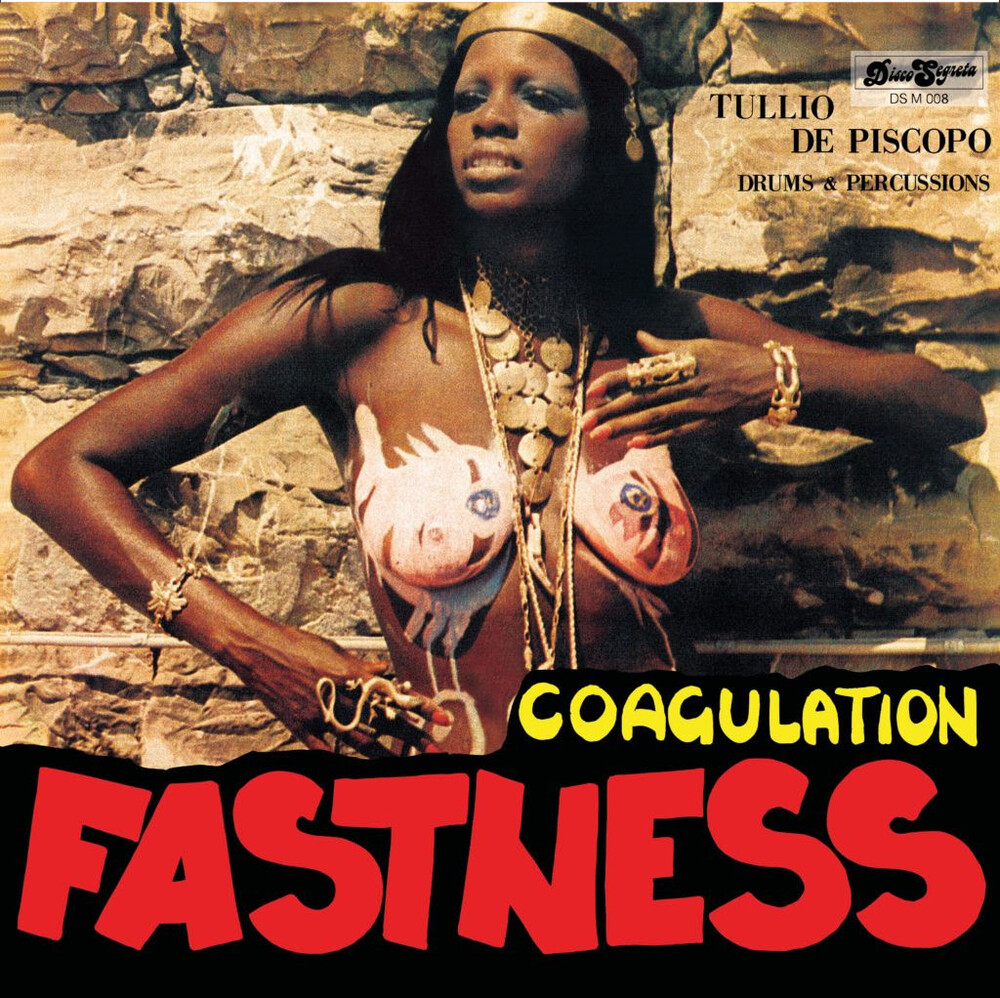 Twelve inch vinyl pressing. When we talk about Tullio de Piscopo, we're talking of a living legend of drums, whose career dates back to 1969. In 1971, tired of commuting from Naples to Milan, he moved to Milan for good where he joined as a drummer the group of Gianni Basso and Oscar Valdambrini. Shortly thereafter, he recorded his very first single on a 45 under the moniker of Jujuy, for Aldo Pagani's label "Analogy", with the catalogue number "TRE 0".Recorded in 1971, but only published in 1973, "Fastness" and "Coagulation" are two fully instrumental tracks for solo drums and percussions, catching the spirit of the very early Tullio de Piscopo, before he became the most requested Italian drummer from 1974 on, and started an incredibly successful career still going on.