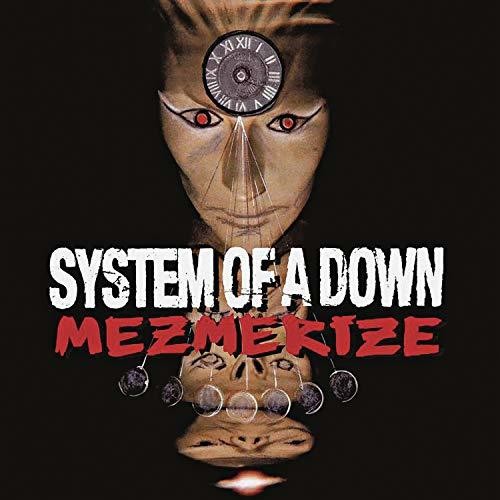 Mezmerize [LP]
Artist: System Of A Down
Format: Vinyl
New: In Stock 19.98
Wish

Vinyl LP pressing. Mezmerize is the fourth studio album by System of a Down. It was released on May 17, 2005 on Columbia Records. The album received widespread acclaim from critics, becoming the band's highest rated album. The album debuted at #1 in at least 12 countries, including the US Billboard 200. The hit single "B.Y.O.B." won a Grammy Award in 2006 for Best Hard Rock Performance. System of a Down is an Armenian-American heavy metal band from Glendale, California, formed in 1994. The band achieved commercial success with the release of five studio albums, three of which debuted at #1 on the Billboard 200. System of a Down has been nominated for four Grammy Awards.