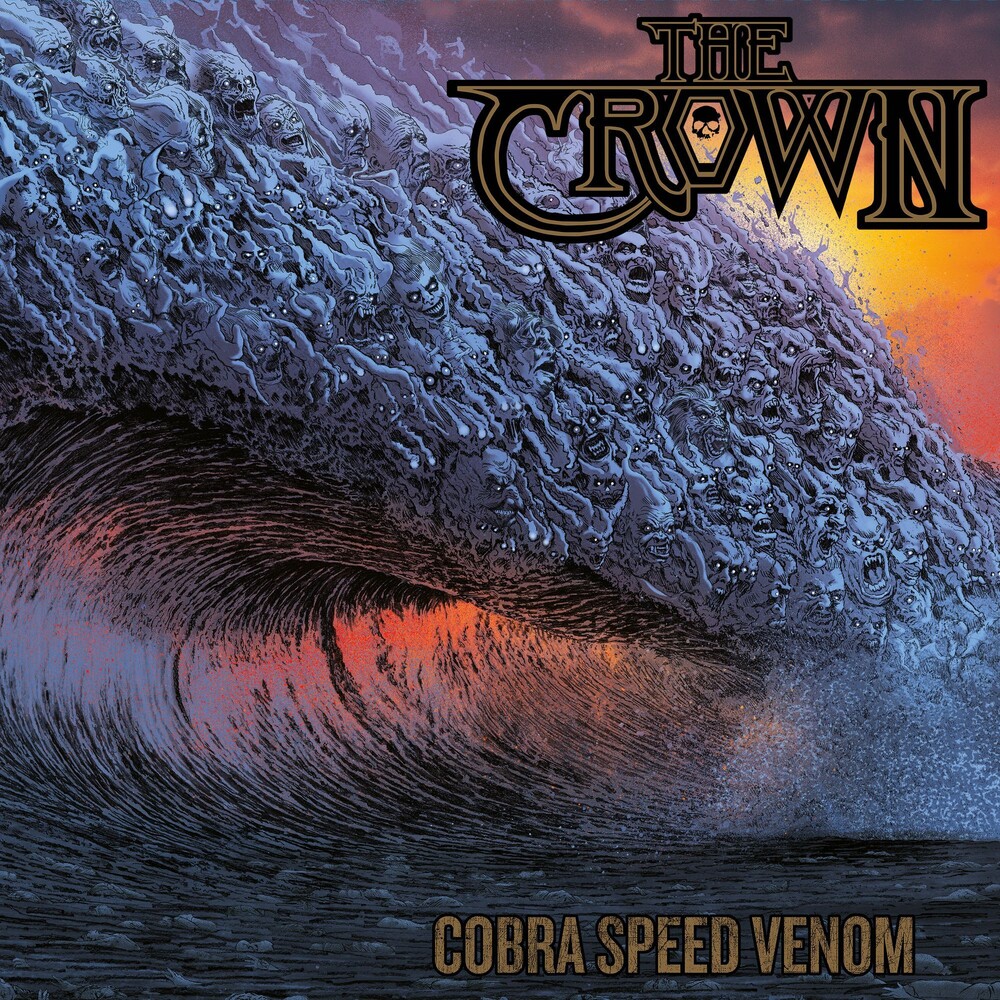 2018 release. Fear the return of The Crown - speed and darkness as it used to be! Formed as a primitive garage act in 1990 under the name Crown of Thorns, the group that would become The Crown appeared on a compilation in '92, and the legendary dark and brutal demos Forever Heaven Gone (1993) and Forget The Light (1994) followed by a long-lasting career. In the beginning of 2017, the band teamed up with Metal Blade Records. With their motivation at an all-time high, the band spent most of the year intensely rehearsing new songs. They eventually entered the classic Studio Fredman with Fredrik Nordström to record what would become Cobra Speed Venom. The sound is massive, brutal and a real punch in the face. Extreme speed and aggression mixed with classic heavy metal and rock n' roll, which really shows that The Crown has no boundaries. After 27 years, the band is still motivated to create a classic piece of art - and together with Metal Blade Records once again, the vision is real.