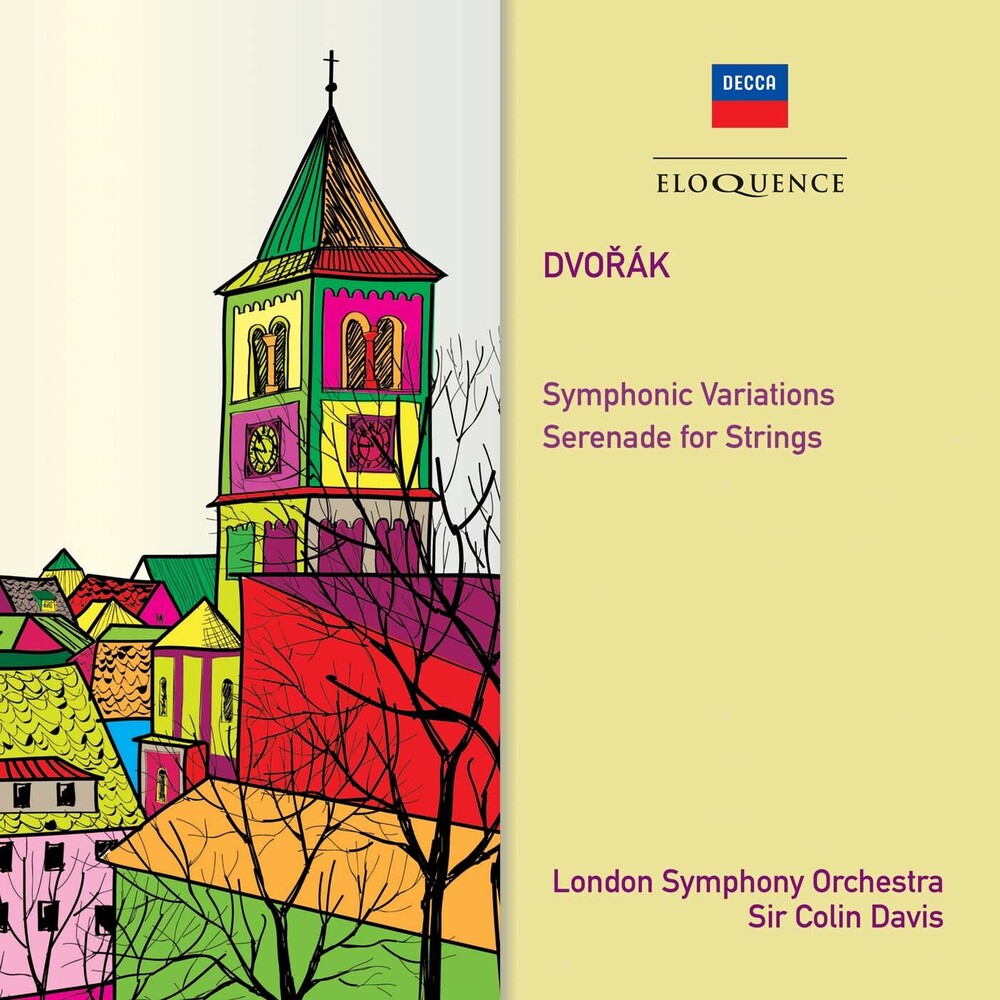 An original Philips album of two light-orchestral masterpieces by DvorĂˇk, with the Serenade for Strings receiving a first international reissue on CD. While best known as a conductor of the central symphonic repertoire, and the operas of Berlioz and Tippett, Colin Davis always showed special affection for the music of DvorĂˇk. He made this album in March 1968, conducting the orchestra with whom he enjoyed the longest and most fruitful relationship of his career, the London Symphony Orchestra. After some troubled times in the early 1960s, when Davis suffered a breakdown and the orchestra passed him over in favour of Istvan Kertesz as music director, they hit a sweet spot together in this album and several others such as the early volumes of their Berlioz and Tippett series together. The Symphonic Variations remains a comparatively neglected work - astonishingly so, given it's tremendous charm. When Hans Richter first conducted the work in Vienna, he declared that he could never remember a new piece achieving such a popular success. Brahms thought equally highly of it, and perhaps valued the quality of wit which is rarely found in DvorĂˇk's music. Davis certainly did so, and conducted the Variations throughout his career, including late in life with the LSO, but this first recording enjoys a particularly unfettered freedom of expression. Affection also beams from every bar of the Serenade for Strings which DvorĂˇk composed in 1876, the year before the Variations. This was a happy time for the composer, who was so often beset by suffering and personal tragedy, and it breathes the same joyous air as his Fifth Symphony and Second String Quintet, full of Czech and Viennese dance rhythms, which are handled by the LSO's string section with rather more lightness of touch than on Davis's later Philips recording with the BRSO.